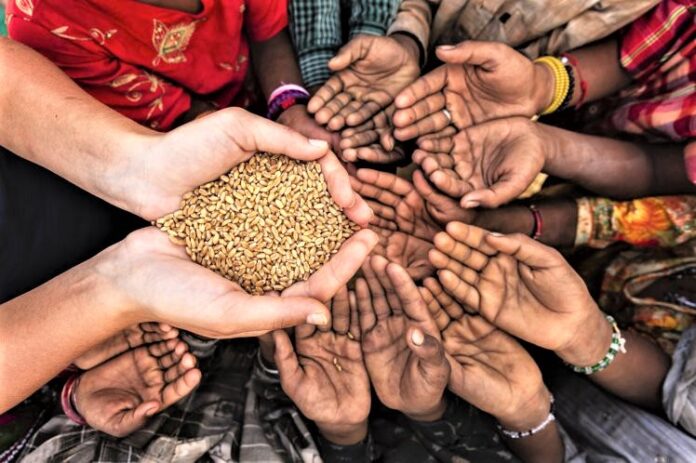 CEM REPORT, FOOD SECURITY | It is now termed “Seismic Hunger Crisis”, being the best form of description for the current food insecurity plaguing economies around the world.

The Food and Agriculture Organization’s figures laid out at the World Trade Organization meeting last week can best be described as alarming beckoning on urgent and concerted action to avert a catastrophe.

According to FAO, nearly one in three people in the world, around 2.31 billion people, were moderately or severely food insecure in 2021 — 350 million more people than in 2019, before COVID-19 broke out. Close to 193 million people across 53 countries were in need of urgent assistance in 2021.

This 2021 figures has since increased tremendously following the energy crisis which arose from the Russian Ukraine crises militating against food production across the globe with imported food dependent nations worst hit.

Though developed countries can only be said to be coping, the level of inflation in those countries were last seen some 30 to 40 years ago. Interest rate have been increased decades high in an effort to curb the biting inflation exerting pressure on purchasing power.

Both FAO and the WFP projected a gloomy prospect for food security due to the polycrisis that the world is facing – the COVID-19 pandemic, the effects of climate change, conflicts and economic downturn.

The critical role of trade in tackling this food crises and averting the looming catastrophe which was reaffirmed by the both UN agencies, formed the main focus of the meeting of the WTO’s Committee on Agriculture on 14-15 September

WTO members discussed how to act quickly to implement outcomes reached at the 12th Ministerial Conference (MC12), in particular those related to food security and the WTO response to the COVID-19 pandemic. Members continued examining each other’s farm policies to ensure compliance with WTO rules while working across other implementation issues relevant to the Bali and Nairobi ministerial decisions.

In line with the MC12 Ministerial Declaration on the Emergency Response to Food Insecurity, an urgent call was made by WTO members for establishing a work programme dedicated to helping net food-importing developing countries (NFIDCs) and least developed countries (LDCs) deal with food insecurity.

Three considerations which emerged are 1) having an open and flexible format and taking up a set of themes under the framework of the work programme, 2) policy space needed to build resilience considering the current situation and 3) the need for marshalling resources within the work programme from other competent international organizations, such as the UN Food and Agriculture Organization (FAO), the International Monetary Fund (IMF), the World Food Programme (WFP), the World Bank and the Organisation for Economic Co-operation and Development (OECD), to jointly address the acute global challenge.

A projection to meet the UN zero-hunger target by 2030, the world needs to increase agricultural productivity by 28% over the next decade.

The WFP in its response effort, said it plans to assist 152 million people in 2022, reaching a record high.

Microfinance Banks now have till 2022 to recapitalize – CBN

Debtors Lament as CBN Begin Recovery of Loans from Nigerians