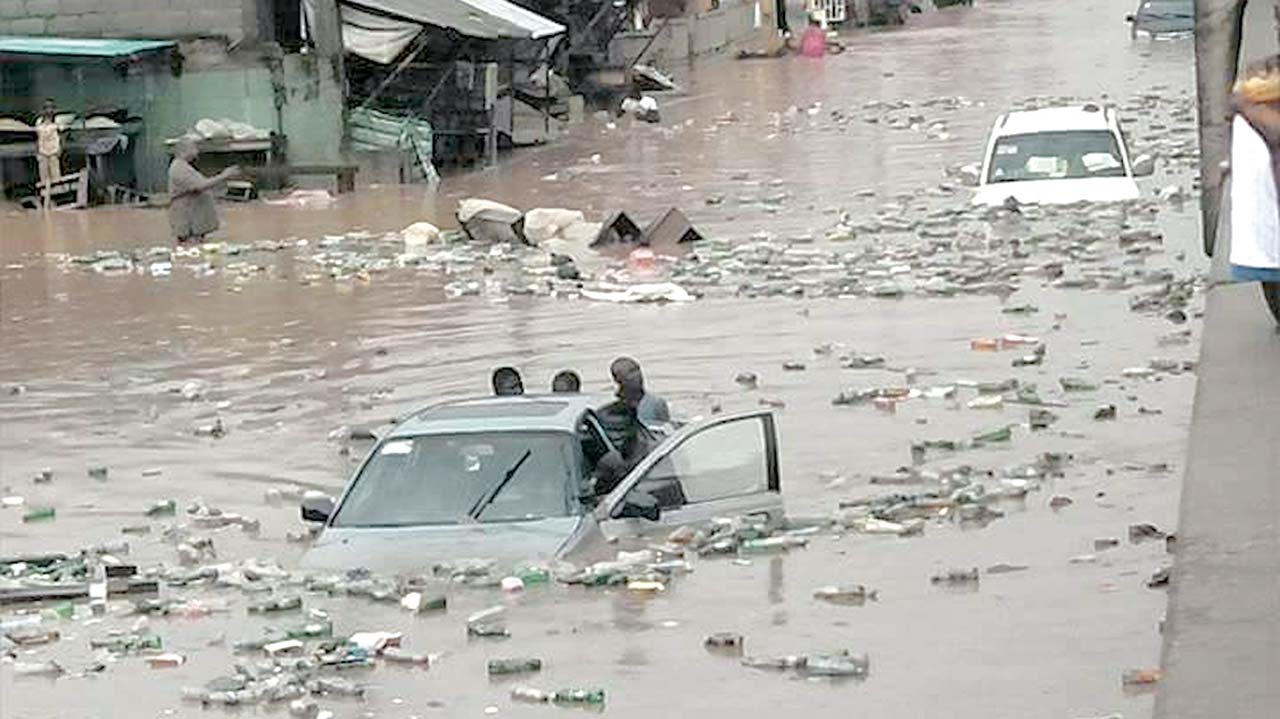 CEM REPORT | National Emergency Management Agency (NEMA) Lagos has revealed that nine persons were rescued from a sinking building in the state.

The Lagos Territorial Coordinator of the agency, Ibrahim Farinloye while speaking in an interview on Channels Television explained that the agency received a distress call and sprang into action rescuing lives endangered by flooding.

“NEMA received a distressed alert on a sinking storey building where nine people are said to be trapped. The building is located at 47 Akinwunmi street, Akinwunmi North, Estate Mende, Maryland, Ikeja.”

“All nine trapped ladies have been successfully rescued.”

Meanwhile, in Minna, Niger State NEMA has raised an alarm over the death of nine persons in the flood disasters that occurred recently in three Local Government Areas.

According to the Head of Operations,  Hajiya Zainab Saidu, six persons died in Magama, two others in Kontagora and one person died as a result of flooding in Rafi LGAs of the state.

She added that about 501 households built on the flood plains were displaced in the seven communities of Kontagora LGA.

She, however, mentioned that the affected communities were built very close to the  Fanta na Biyu river, noting that Kontagora was not really a riverine community, but rather,  a landlocked area, stating that “the recent floods in the council areas were caused by rivers that were charged during the raining seasons”.

She further mentioned that some of the 19 local government areas affected by flood disasters in the state include Kontagora, Rafi, Shiroro, Edati, Katcha, Bosso, Mashegu, Gurara, Wushishi, Agwara, Magama and Borgu LGAs among others

Zainab Sa’idu further explained that NEMA officials were in Kontagora LGA following the unfortunate incident as observers against the backdrop of the fact that the Niger State Emergency Management Agency ( NSEMA) should have been the first disaster management agency to be contacted after it occurred, emphasizing that it was still within the capacity of the agency.

She further emphasised that as NEMA officials, she and her colleagues were still observing the coping capacity of NSEMA, stressing that if the state emergency management agency was overwhelmed that it would invite NEMA for Federal Government’s intervention.

Hajiya Sai’du explained that “NSEMA as a sister agency with NEMA, has been relating very well. But when we see that the floods explosion is very intensive we will come in because about 19 local government areas of the state have been so far affected and over 7,000 households have been displaced already because Niger State is having one of the largest landmasses in the country”.