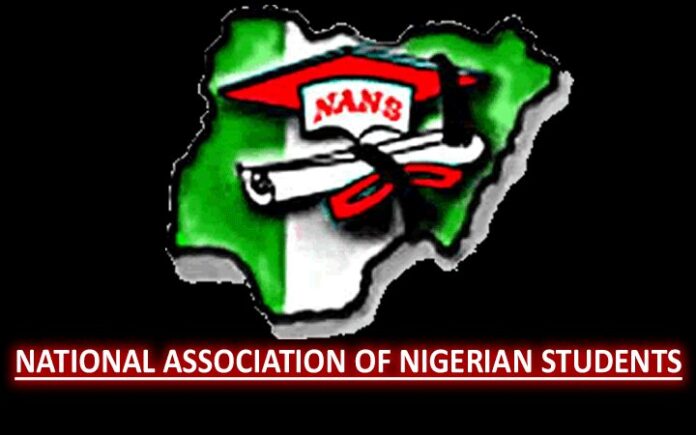 CEM REPORT | The lingering feud between Nigerian government and the Academic Staff Union of University, (ASUU) has witnessed actions and reactions, twists and surprises starting from negotiations and statements from the Minister of Labor and Productivity, Chris Ngige, Minister of Education, Adamu Adamu.

The latest of those twists and drama is the statement made by the National President of the Nigerian Association of Nigerian Students, Sunday Asefon.

Following the resolution of ASUU to upgrade the ongoing strike to indefinite status, NANS President in his reaction, called on the Federal Government to sack the striking lecturers and open the universities through Vice Chancellors.

The Student Union described the decision by ASUU to declare an indefinite strike after six months of warning industrial action as not only “unpatriotic and unnecessary, but wicked and definitely meant to collapse the public universities and promote private ones.”

This is truly a twist when viewed in the light of the Students Union earlier support for ASUU over the struggle, joining the Nigerian Labour Congress in the last protest held across the country in solidarity with ASUU.

CEM sampled opinion on this twist in NANS position with a simple question; is this a welcome development or unfortunate twist? Below are some of the reactions generated.

First is from Gabriel Imomoh, CEM Analyst, he said; “We have seen this before during the regime of Ibrahim Babangida when Prof Festus Iyayi was ASUU President. The government tried to intimidate them with threat of sack and others. That didn’t work because these people are professionals that cannot be easily intimidated”

Who is championing this? The NANS president. A cursory look at him suggest he is in class of those who the authorities are using to thwart the course. How can a sane student call for the sack of all lecturers? Does he know what it takes to become a thorough bred Academic? Who does he want to use in replacing those he want sacked? It means his understanding of training in the university is limited. Experience is a product of life’s training. Even in the production factories, plant managers are appointed from those with cognate experience. Responding to him will be dignifying his crass ignorance. Let’s wait to see. Dr Ekhareafo – Uniben

Still in this line, Wole, A Marketer from Lagos reacted; “I don’t think this is a welcome development. What ASUU is fighting for is also beneficial to the Students. What am expecting them to do is to cooperate with ASUU to achieve the objectives instead of allowing the politician to use them against each other.”

“Don’t blame ASUU cos our governments at various levels have no good plan for education in Nigeria. All universities were closed for 11 months during Babangida’s regime due to recusal to agreed terms from government. The government always refuse to implement agreed terms with ASUU. If u sack all lecturers and employed new ones, won’t u pay the new lecturers???” This is the submission of a respondent simply called PRO.

As a way out, Keneth, an Estate Expert said; the striking lecturers’ welfare is as important as the future of the students they lecture. The government may want to use the students against ASUU as it were. My take is that the key players have to shift grounds to have a meaningful negotiation to put an end to the prolonged ASUU strike.

Still on the way out, Jonathan, a consultant expatiated; “In my humble opinion, in all these who are the losers? The students. Too much of anything is bad, we keep repeating the same method every year at the detriment of the students. Education is huge investment, the government cannot run it alone, universities need to look for various avenues to keep the university on, just as the private universities are doing.

“ASUU continued strike is gradually killing Federal universities with longer years of studying a course and at the end producing half-baked university graduates.

“ASUU, please and please suspend your strike for the benefits of all.”

On the ground of rationality, Gabriel Imomo viewed ASUU’s insistence in the light of bloated cost of governance while the government claim there is no funds to meet the union’s demands which in turn will benefit the country at the long run.

However, reality have shown that government cannot meet ASUU demands considering the amount involved; “How can ASUU be demanding for almost half of the budget?” he said