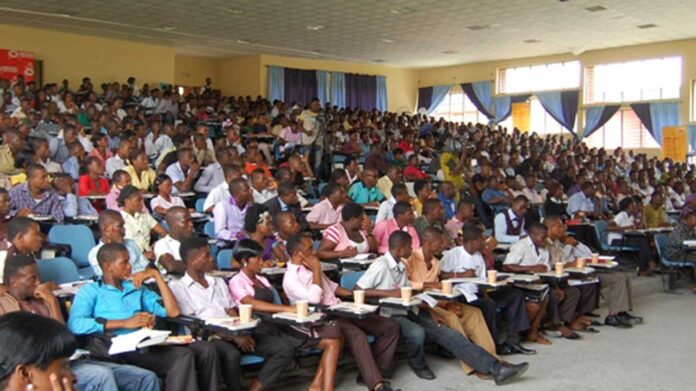 CEM REPORT | In a move to get back to the classroom the National Association of Nigerian Students (NANS) has urged the federal government to apply its power to “hire and fire” any employee on the Academic Staff Union of University (ASUU).

The Union described the decision by ASUU to declare an indefinite strike after six months of warning industrial action as not only “unpatriotic and unnecessary, but wicked and definitely meant to collapse the public universities and promote private ones.”

The union’s President Sunday Asefon, accused ASUU of advertently promoting the private universities, where many of them currently work and have their wards, adding that they were not wary of the imminent collapse of the system by their conduct.

“Some of them are not on in any way affected by their attempt to collapse the sector for their selfish and inconsiderate gains. ASUU had succeeded initially to masquerade their strike as being in the interest of  Nigeria and the interest of the Nigerian students.

“Events of recent weeks have therefore made it abundantly clear that ASUU has an ulterior motive, which is to collapse the university education system in Nigeria and systematically promote private universities where many of them have their children.

“The government must maintain its position as an employer and use its power to hire and fire effectively at this time to save our education system from the total collapse planned by ASUU.”

Asefon, therefore, called on the federal government to investigate the leadership of ASUU to unravel their motivation for their insistence on collapsing the public university system in Nigeria.

“We, therefore, plead with ASUU leadership in state institutions that had been so ridiculed and labelled quacks by the national president of ASUU to toe the path of honour and save their institutions from the verge of total collapse by calling off the strike.”