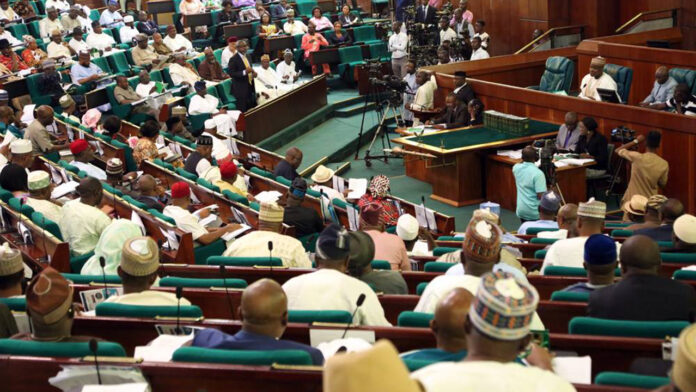 CEM REPORT | The House Committee on Finance has frowned at the non-appearance of several Ministries, Departments and Agencies (MDA’s) to appear before the house to defend their 2023-2025 Medium Term Expenditure Framework and Fiscal Strategy Paper (MTEF/FSP) on which the fiscal document is predicated.

Several agencies who were billed to appear before the lawmakers since the sitting started on Monday, failed to appear as only four of the scheduled 12 were present yesterday.

This may delay the passage of the 2023 budget.

The Deputy Chairman of the Committee on Finance, Hon. Saidu Abdullahi who presided over the session said the National Assembly would not tolerate the behaviour of agencies of the government ignoring invitations for them to come and tell Nigerians what they have done with revenue at their disposal and what they were bringing to the table in terms of revenue generation.

“we made this clear yesterday that ordinarily, we are supposed to be on recess, but because of the core importance of this exercise, we called off our recess to take up this national assignment.

“It is very unfortunate that while we are making this sacrifice, the agencies are not turning up as expected. The National Assembly will not take this lightly with the agencies. It is a call to national duty.

“We do not understand why they should shy away from responding to the responsibility imposed on them.

“It should be a point of note that all agencies that have been invited must have cause for appearance. Otherwise, we will rely on the powers conferred on us by the constitution to make them responsible. This apathy is not something that should be acceptable to anybody and we will not accept it.

“We have highly irresponsible agencies. If this country is not working today, let it be out there so that Nigerians will know that it is on the shoulders of the MDAs. We have invited them for this all-important exercise, but unfortunately, most of them have shown apathy. We don’t know what they are afraid of, but it is a matter of responsibility.

“If you have willingly accepted the call for service, I don’t understand why you should shy away from taking responsibility. So, let it be known that we have highly irresponsible agencies.

“The responsibility of making this country work rest on the National Assembly and the Executive. We are doing our part of it, but unfortunately, we are not getting what we expect from the agencies.”

Some of the agencies that have failed to appear before the Committee include the Nigeria Immigration Service, Nigeria Police Trust Fund and Nigeria College of Aviation Technology.

The four that appeared before the committee were turned back for improper preparation.

The Nigeria Export Processing Zone Authority submission was rejected for what it described as a disjointed and unorganized presentation and asked them to go and repackage the document and reappear before them next Tuesday.

Meanwhile, the Committee discovered that the Nigeria Office of Technology Acquisition and Promotion (NOTAP) spent a total of N23 million on office stationery in 2021 while remitting only N124 million out of the N499 million it generated in 2021 to the Consolidated Revenue Fund of the federation.

The Director General of the agency, Mohammed Muazu Ibrahim in his presentation said the agency generated about N499 million in 2021, but remitted only N124 million to the CRF, representing 25 percent of the IGR.

The Deputy Chairman pointed out that as a fully funded agency of government, the law required them to remit 100 percent of their Internally Generated Revenue (IGR).

“you are supposed to remit 100 percent of your IGR because the government is bearing all your costs, except if you are telling us that you have grown to the level where you can stand on your own so that we will take you off the national budget.

“You don’t have the right to touch a single kobo of what you are generating. If you want to provide for your staff’s welfare, you can do that through the Salaries and Wages Commission.

“The law says that whatever you generate, you remit it 100 percent. Your board cannot constitute itself into parliament because they don’t have the authority to make laws. We made laws here that you are supposed to comply with. Except if you are telling us that your board is superior to the National Assembly.”

Reacting, a member of the Committee, Hon. Olalekan Afolabi said the agency, like many others, was only out to siphon government resources.

“they know that they are not supposed to remit 25 percent. Look at their presentation which clearly shows that they know the right thing to do and are deliberately not doing it.

“If they are permitted under the law to spend that money, they should have budgeted for it. Look at the budget column, they wrote there meaning they did not budget for it, but under the actual, they spent almost everything that they generated.

“Until we begin to use a heavy hammer on these agencies, they will not comply. They knew the right thing to do, but they are not doing it. This their report clearly shows that they knew what they are doing.”