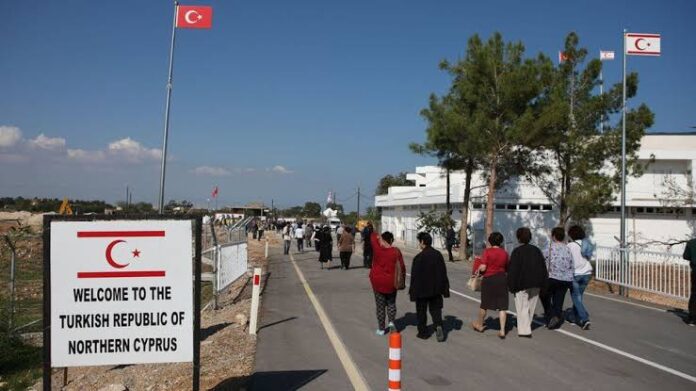 CEM REPORT | Nigerians in Diaspora Commission (NIDCOM) has sounded a note of warning to Nigerians intending to go aboard for whatever purpose, against travelling to Northern Cyprus.

The commission notes that the fundamental human right of many Nigerians is being abused especially the right to life.

Chairperson of the Commission, Abike Dabiri-Erewa, at the 48th session of the State House ministerial media briefing organized by the presidential communication team at the Presidential Villa on Thursday in Abuja made the disclosure.

She pointed out that Northern Cyprus is only recognised by Turkey, and does not have robust mechanisms that would enable the federal government to pursue justice for several Nigerian students killed there.

“Think twice before going to Northern Cyprus. We can’t do much for Nigerians there. Our students are being killed daily. Some people will tell you that their destinies are abroad but if you want to go, go legally.”

Furthermore, she said over 10,000 stranded Nigerian students in war-tone Ukraine have been evacuated, noting that every Nigerian stranded in Ukraine at the start of the conflict has returned home safely.

She explained that students psychologically affected by the conflict have gone through proper counselling before continuing their education either online or on-site by enrolling into private universities in the country to continue their programmes.

She further stated, “We do the work but we don’t get any form of extra money. There is a department in foreign affairs strictly for Ukraine but we did our bit, there is a portal if you want to continue your education.

“Again it is a matter of choice, go to the portal and enrol and I think as at the last time I spoke to the director in charge, he said 403 had actually enrolled but a lot of them are actually trying the private universities.

“Some universities have offered scholarships. It’s ongoing but the key thing is some institutions, particularly in the medical world noted that when they put them through some examinations, they didn’t pass the level they felt they should, so there were some issues.”

Northern Cyprus is officially called the Turkish Republic of Northern Cyprus and is a de facto state that comprises the north-eastern portion of the island of Cyprus.

Recognised by the United Nations and the international community to be part of the Republic of Cyprus.