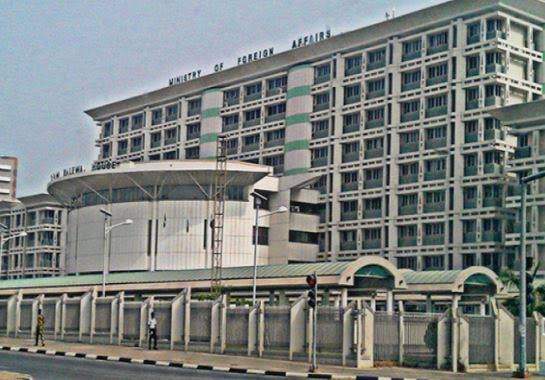 CEM REPORT | The House of Representatives Committee on Public Accounts has opened investigations into the extra-budgetary spending and non-remittance of internally generated revenue into federal government coffers by the foreign missions and the Federal Ministry of Foreign Affair.

The investigation was propelled by a report from the Office of the Auditor General for the Federation (AuGF) on the financial and other activities of the foreign missions and the Federal Ministry of Foreign Affair between 2010 and 2019.

The report reveals that some embassies spent over N13 billion not budgeted for explaining that there was a general lack of standard and uniformity in the conditions of service of the local staff, most of whom are Nigerians living in the United Kingdom while an average sum of £226,974.80 was spent monthly on the remuneration of the local staff, compared to the £74,108.38 spent on the home-based officers.

In the over 450-page document, presented to the Committee on Public Accounts, the AuGF decried the habit of the foreign missions to engage in extra-budgetary expenses and refusing to remit generated revenue into the Consolidated Revenue Fund of the Federation, while also engaging in activities that have a negative impact on the nation’s finances and is against extant laws.

“the practice where Nigerian Missions over-expended their allocations with impunity should be frowned at. It should be noted that this action is a contravention of financial regulation which stipulates that no expenditure on any sub-head of the recurrent estimates in excess of the provision in the approved estimates or supplementary estimates may be authorised by any officer controlling a vote without the prior approval of the National Assembly.“

The AuGF also states in the report that efforts to audit the accounts of some of the missions were rebuffed by staff of such embassies acting on the directing of the Permanent Secretary, Ministry of Foreign Affair who directed them not to allow staff of the Auditor General access to their books.

The report alleged that while the landed properties of the Nigeria Embassy in Brassila have been left in a dilapidated position without any effort to renovate them, the Embassy has been spending a staggering amount of $50,247.89 (N7.5 million) annually on rent for two of its staff, adding that the funds spent on rent for three years could be utilised to renovate the landed properties which are deteriorating.

It also stated that the embassy exchanged six old vehicles whose prices were not made available for two new ones purchased at a total cost of $95,211.00 (N11,754,444.44), while an additional amount of $17,642.08 (N2,375,224.28) was expended on shipment, Insurance and clearing of these new vehicles even when there was no budgetary provision for the purchase.

Furthermore, the report stated that in 2010, the then Nigerian Ambassador to Poland claimed over N9.777 million annually for non-existing domestic staff.

The AuGF report also stated that in 2011, the Nigeria Ambassador to France spent over N1.75 million from government coffers on the entertainment of Guests without any record of the guests, haircut, manicure, hair colouring and cost of ticket to Nigeria for consultation without any evidence of any official invitation/approval for the journey, describing them as very private expenses that should not have been borne by public funds.

Also, it showed that at the Embassy in the United Arab Emirate, the AuGF said, a total sum of $100,000.00 (N15,385,000.00) was remitted as a take-off grant to Oil and Gas Free Zone Authority (OGFZA) Rito Office, to open and operate an investment office in Abu Dhabi, UAE, even when there was no policy instrument to support the remittance.