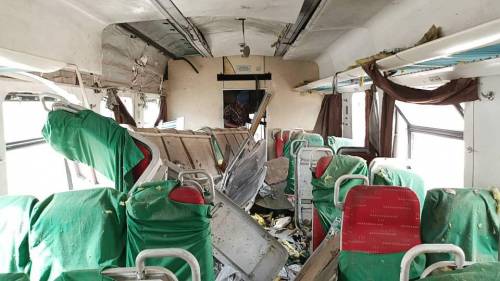 CEM REPORT | The Federal Government has approved the contract for the security of the Abuja Light Rail Mass Transit System to be awarded to two security firms.

The contract which will run for two years and costs N718 million was approved after the Federal Executive Council (FEC) meeting on Wednesday.

According to the Minister of the Federal Capital Territory, Mohammed Bello, while briefing journalists at the end of the council meeting said the security services are meant to protect the key infrastructure on the rail tracks, the signaling and communication equipment as well as the electrical system.

“I presented a memo at the Federal Executive Council meeting of today and the council approved a contract for the provision of security services for the Abuja Light Rail Mass Transit System,” he said.

“These companies are Messers Al-Ahali Security Guards Limited and Messers Seaguard Security and Protective Company Limited. They are going to provide security to the entire 45 kilometers of track including 12 stations.”

Al-Ahali security guard Limited is an Abuja based security company Incorporated on 10 Apr 2008. According to the company’s profile, it is known to provide High Level Security Management Training Programmes, Company Strategies in Counter Terrorism, Risk and Security Management Solutions to Businesses in Private Sector, Governments, NGOs, Organizations and Professional Associations.

On the other hand, Seaguard Security LLC (SGS) is known to specialize in providing armed security solutions for vessels operating in high-risk waters including the Gulf of Aden, Gulf of Oman, Red Sea, Indian Ocean and East and West Africa.

Nigeria has been dealing with internal vandalism of its infrastructure for decades leading to incapacitation of some of its vital sectors such as the power sector and with insufficient efforts to curb the menace by the Nigerian government.

High scaled attacks such as the recent one on the Kaduna bound train along Abuja-Kaduna railway track by kidnappers and taking passengers hostage became a twist to the menace in larger dimension.

Nigerian has spent a huge amount already to secure the nation’s oil pipelines in the fight against oil bunkery and pipeline/oil facilities vandalism. This contract to secure the rail tracks is sure to escalate government spending on insecurity in the country.