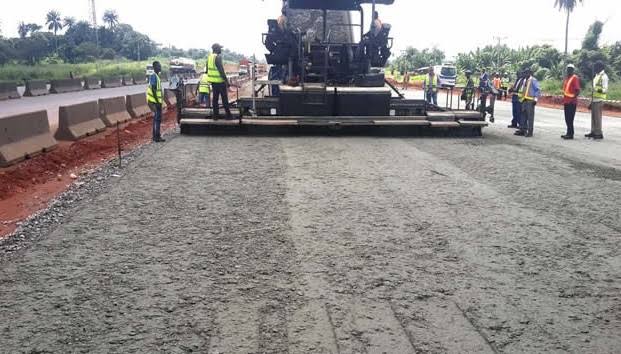 CEM REPORT | The Federal Executive Council has approved the reimbursement to States for the construction work carried out on federal government roads.

The President, Muhammadu Buhari, has also directed that there should be no more intervention by States on federal roads.

The Minister of Works and Housing, Babatunde Fashola, during a briefing of State House correspondents after the FEC council meeting on Wednesday, noted that the sum of N9.1 billion has been approved as reimbursement to Kebbi and Taraba governments for construction work done on federal roads in their state.

“This follows the report and recommendation of a council committee set up by the president to respond to demands by State Governments for refunds on intervention made previously before this administration on federal roads.

“The president subsequently issued the directive that there should be no more intervention by states on federal roads, but there were some that had been done before the life of this administration.

”So there were three states, Kebbi, Yobe and Taraba. I think on June 22, I reported that the claims for Yobe for N18.663 billion were approved.

”So today the council approved N6.706 billion for Kebbi state and N2.470 billion for Taraba state.

”An interesting thing to note about these reforms is that they relate to debts and obligations incurred by the previous administration before the life of this administration.”

Recall that last year the Federal Government said the sum of  N143 billion was reimbursed to 5 states for the construction works on some federal roads.

The House of Representatives also approved the issuance of promissory notes worth N148.141 billion to 5 States of the federation as a refund for federal road projects executed on behalf of the federal government. The states include Bayelsa, Cross River, Ondo, Osun and Rivers.