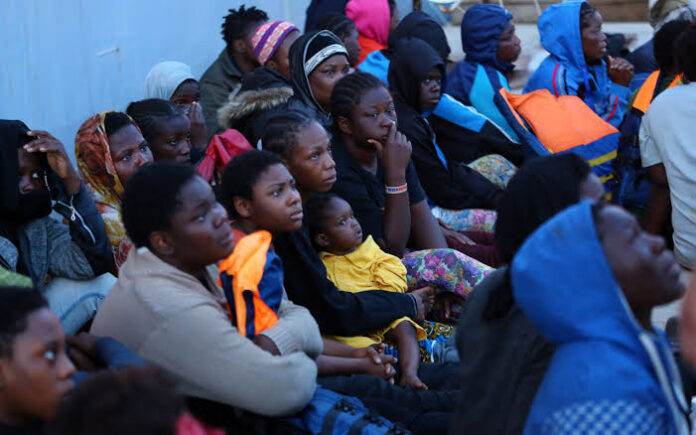 CEM REPORT | The International Day for the Remembrance of Slave Trade and its Abolition is marked yearly by the United Nations Educational, Scientific and Cultural Organisation (UNESCO), on August 23, to remember the transatlantic slave trade and its abolition.

At this year’s event in Edo State theme, ‘Stories of Courage: Resistance to Slavery and Unity against Racism,’ the executive governor of the state Godwin Obaseki, called on stakeholders to step up global efforts to end the menace of human trafficking and all other forms of modern slavery.

Obaseki, while recalling the progress of the state in several campaigns against human trafficking, also called on the international community and other stakeholders to continue to support the state government’s effort to end human trafficking and all other forms of slavery

He added that the government was implementing reforms and legislation to sustain the gains recorded in combating the recurring menace, especially, in the rehabilitation and resettlement of returning illegal migrants.

“On this day, it is important to reiterate the need to strengthen global efforts and partnerships to end the scourge of human trafficking and all other forms of modern slavery.

“For us in Edo, we have recorded milestones in the fight against human trafficking and all other forms of human exploitation on the back of our robust partnership with the private sector and international development organisations.

“With their support, we have been able to substantially contain the scourge of human trafficking and irregular migration, which once pillaged our youths, who are our most valuable resources. These partnerships must be sustained if we are serious about realizing the global vision of totally eradicating human trafficking and modern-day slavery, as well as all other forms of human.

“Apart from the various programmes implemented by the state’s skills development agency, EdoJobs to create more jobs and equip youths in the state with in-demand skills to be globally competitive, we have set up the Edo State Taskforce Against Human Trafficking; enacted the Edo State Trafficking in Persons Prohibition Law and set machinery in motion for top-of-the-range basic and technical education in the state, as part of revved up efforts to curb the trend of human trafficking,”  he said.