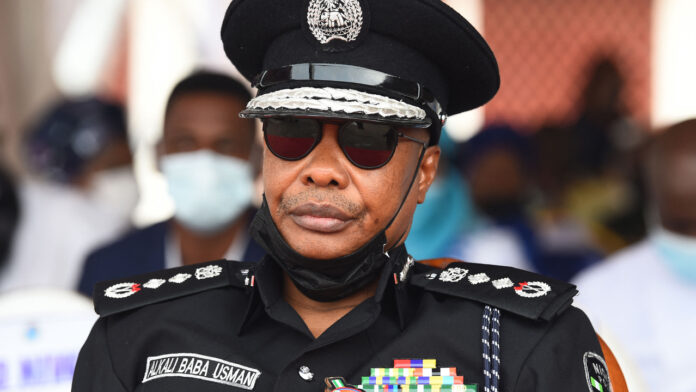 CEM REPORT | The Nigeria Police Force (NPF) has announced the automation of its specialized services.

The NPF said the implementation of the Police Specialized Services Automation Project (POSSAP), is designed to automate the processing and management of the specialized services of the Force.

This is according to a statement of the force titled “Nigeria Police Force Automates Specialized Services, Seeks Cooperation of Nigerians”, signed by the force Public Relations Officer, CSP Olumuyiwa, Adejobi.

According to the statement released on Thursday, the POSSAP will minimize the Force dependence on the Federal Government for funding and improve welfare of personnel.

He added that the automation project is being rolled out in phases, with Police Character Certificate, Specialized Escort and Guard Services and Police Extract as the services in the pilot phase, while other services will be subsequently onboarded.

“The Nigeria Police Force has commenced the implementation of the Police Specialized Services Automation Project (POSSAP), which is one of the numerous strides of the Government towards Police Reforms.

“POSSAP, an initiative of the Nigeria Police Force, is designed to automate the processing and management of the specialized services of the Force such as specialized Escort and Guard services, Police Extract, Police Character Certificate, Supernumerary Police Permit, Fingerprint Information, Police Investigation Report, etc.

“With the implementation of this project, individuals and corporate entities who require specialized services rendered by the Police are guaranteed access to these requests via an automated, seamless, transparent and efficient process.

“POSSAP was approved by the Federal Executive Council following a memo presented by the Hon. Minister of Police Affairs on the 14th of July, 2021. Subsequently, POSSAP was launched on 2nd of June, 2022 by the Honourable Minister of Police Affairs, Dr Maigari Dingyadi on behalf of the Federal Government at the Goodluck Jonathan International Peace Keeping Hall, Force Headquarters, Abuja.

“The goal of the project is to simply automate the rendition of existing specialized services processes and reap the added benefits of improved transparency, accountability, efficiency and sustainability that technological solutions deliver.

“It will also benefit the Force by minimizing dependence on the Federal Government for funding and improving welfare of personnel.  The automation project is being rolled out in phases, with Police Character Certificate, … Specialized Escort and Guard Services and Police Extract as the services in the pilot phase, while other services will be subsequently onboarded. It is pertinent to reveal that the Force has initiated engagements with internal and external stakeholders to ensure unison of purpose to achieve seamless transition to the automated platform.

“As at date, players in some industry verticals such as Banking, Telecommunications, Oil and Gas, as well as the Ministry of Foreign Affairs, Embassies, have been intimated about this transition and this exercise will be a continuum.”

The statement further highlights how the service can be accessed.

FG Partners with Huawei and CISCO to Train Nigerians on Advanced...