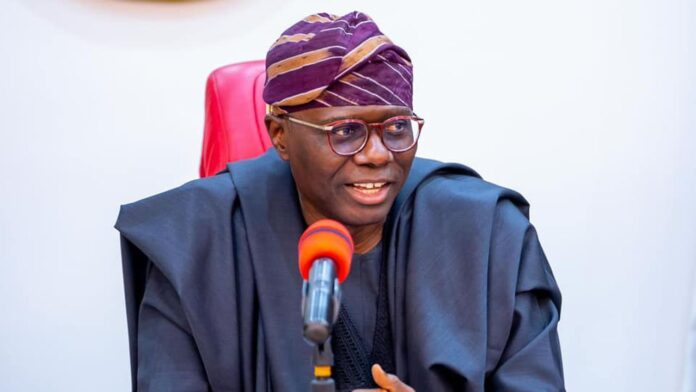 CEM REPORT | Lagos State Governor, Babajide Sanwo-Olu has scored the state high on security, stating that security is the bedrock of any government.

While discussing on a television program he stated that traffic robberies and accidents have significantly reduced following the directive on motorcycle transportation.

The governor said since he issued the directive to restrict the motorcyclists in certain areas of the state, direct motorcycle “Okada” accidents have come down to below 100.

“We’ve also seen a significant drop in accidents. You know, we don’t see people being lame, you know, cutting off limbs in our hospitals again, because these were reckless driving that usually terminates people’s life, unexpectedly,”

“We’ve seen tremendous improvement in that statistics to support. In terms of death, it has drop in the last two months. At its peak of it, we saw about 550 Okada-related accidents at the peak of it in January for over a month.

“Now, it’s coming down to less than 100 direct Okada accidents that we’ve seen, from our hospitals.”

The governor also stressed that his administration has tackled the perennial Apapa gridlock which is fast disappearing, saying the Nigerian Ports Authority (NPA), businesses and residents in the area have written to appreciate the effort.

In January 2020, the government banned the operation of motorcyclists in 15 local councils across the state.

Furthermore, he stated that Lagos State Neighbourhood Safety Corp is a replica of the Amotekun Corps security outfit which “works closely” with the Nigerian Police Force, adding that there will be no need to replicate the Western Nigeria Security Network in Lagos.

“We have the Lagos State Neighbourhood Watch, which is almost 7,000 men that have been trained, that have been energized and are working day to day in the state,” he said.

“There’s no need to reinvent the wheel.”

Sanwo-Olu maintained that his administration has taken proactive steps in building on the regular security architecture to secure the state.

“In the last three and half years, we have been supporting all the security architecture in the state.

“We have given over 260 vehicles to the police, and extended similar gestures to other security outfits under the OP MESA arrangement.

“The state security is not cheap, and it is not something that we are starting today; we started from day one, ensuring that our security officers are motivated, and have equipment and logistics support.

“We also work with intelligence that we get from the grassroots through the Lagos Neighbourhood Security Corps (LNSC), this we transmit to the appropriate security outfits and they take up action.”

He, however, added that the few challenges, which remain, are surmountable.

He identified such challenges as inadequate trailer parks, insufficient parking space inside the ports, non-implementation of the E-Call up system, and some failed portions of the road.