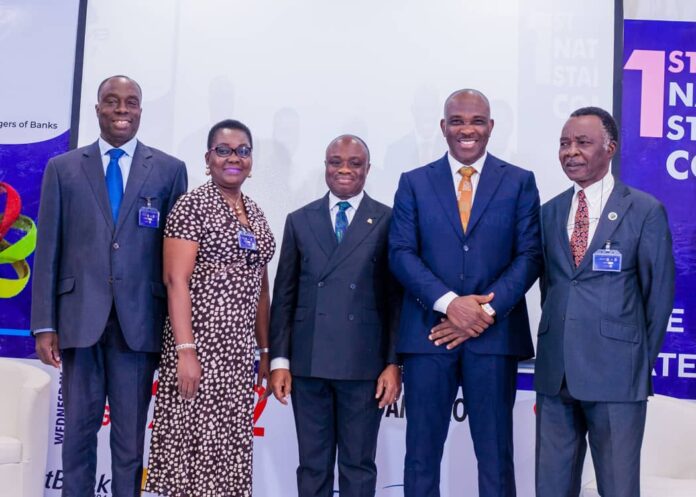 CEM REPORT | It was a conversational event as stakeholders in Banking Sector and Organised Private Sector brainstormed to find resolution to several and varied issues severing their relationship at a National Stakeholders Conference which took place on the 3rd of August at the Bankers House, Adeola Hopewell, Victoria Island, Lagos.

The very well-publicized and attended event was put together by the Association of Corporate Affairs Managers of Banks (ACAMB) in partnership with the Chartered Institute of Bankers of Nigeria (CIBN), and supported by Commercial Banks amongst whom are Zenith Bank, First Bank, Access Bank, Ecobank and others

Paper presentations and panel discussion moderated by the renowned Economist, Biodun Adedipe of the BAA Consult, elucidated critical areas of concern by both sectors as well as points of agreement and disagreement that need to be strengthened or streamlined

Governor of the Central Bank of Nigeria was represented by Oduagu Ozulu, Deputy Director, Banking Supervision, who with other strong members of the Organized Private Sector formed the Panel of Discussant at the conference. 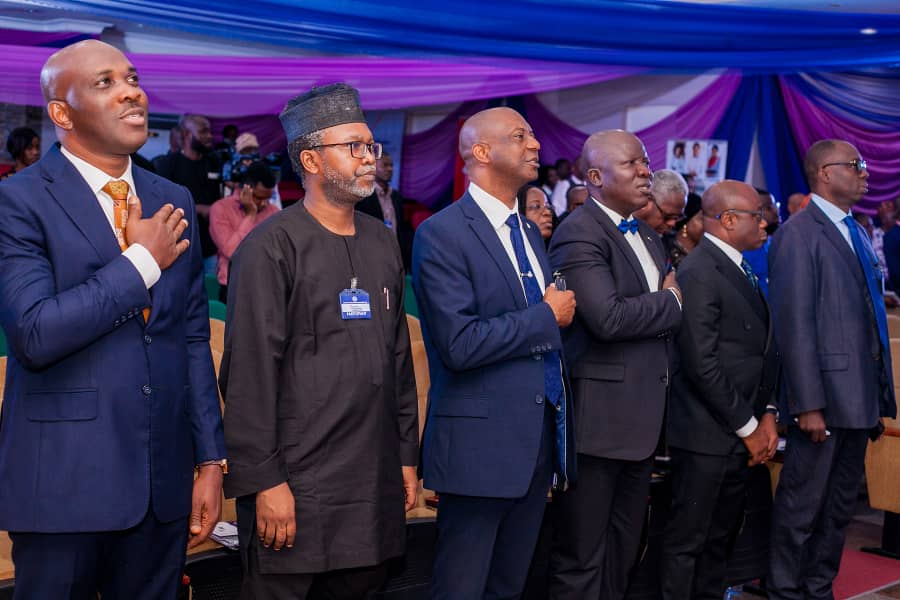 There was a unanimous agreement by all those that presented papers at the conference on the critical positions and roles of the Banking and Organized Private Sectors in the development and growth of the Nigerian economy. It is established that the Banking Sector and Organized Private Sector are the movers and sustainers of economic advancement of any country with Nigeria not in exception.

ACAM President, Rasheed Bolarinwa in his opening speech aptly captured this position thus; “The Banking sector and the Organized Private Sector are meant to be the main drivers of the nation’s economy. One galvanizes the credit from surplus side and redistribute it to the deficit side, while the other operate principally from the productive side creating wealth and values. Thus the two critical sectors are like two sides of a coin; they are conjoined and must function together in an economic sense. That is where we have the nexus. There must a link between the two at all times, if any economy is to develop and grow”

More elaborately, President of CIBN, Ken Opara, described the roles of the two sectors in these words; “The banking sector is the engine of any economic advancement and no doubt is a major segment of the Nigeria economy and efficient financial system is the foundation for building a sustainable economic growth and a vibrant economic system. The sector plays a pivotal role by facilitating economic activities of individuals, private sector and public corporate bodies in the end goals of promoting economic growth and ensuring financial stability.

“In the same vein, the Organized Private Sector, which is the umbrella of organization of businesses membership organizations representing the interest of private sector organizations in Nigeria, coordinated by institutions, such as LCCI, MAN, NACCIMA, NECA, Nigerian Association of Small Scale Industry NASSI, NASME, they are the drivers of real sector growth and economic advancement though industrialization, job creation, provision of goods and services and poverty alleviation.”

In playing these critical roles, there was also unity of voices regarding the interdependence of the two sectors. More emphatically, poor performance of one is expected to affect the other and while the vibrancy of one is surely a strong foundation for good performance of the other.

“Finance, the essence of banking is the driving force for the private sector. Capital is probably the primary factor of production as we were taught in elementary economics. On the other side, the private sector as the end user of banking services and the largest sector of the economy is also conversely the driver of a sustainable and viral banking sector.

From the remarks by Ide John Udeagbala, the President of National Association of Chambers of Commerce and Industry Mines and Agriculture (NACCIMA), delivered by the Vice President, Ayo Osunowo, the impact of one on each other is vividly captured.

He said (in extract); “…the banking industry stands alone as the conduit of storing funds, managing credit and facilitating financial transactions.

“.…as the Nigerian banking sector struggles with market, operational, reform and regulatory challenges in a bid to ensure sustainability and profit-making entities, the private sector groans with the perceived difficulties in access to finance.”

In reality, the private sector rely on credit flow from the banks to engage in its productive activities which in turn feed the banks through deposits. However, there is a level of mistrust that have existed between the two sectors overtime which has persisted regardless of effort to resolve it.

Bolarinwa presented this fact when he said; “From the available communication research effort, there seems to be a mutual misunderstanding between these critical sectors, and all efforts to streamline these perceived gap has not been totally successful.”

The mistrust is evidently due to some practices from both sectors. These issues of mistrust are netted by the CIBN President when he said “Recently, the Manufacturers CEO Confidence Index survey by MAN has shown some level of mistrust by the private sector Investment in Nigeria.  This mistrust stems from a variety of issues reported on cases such as breach of promises, complains of high charges or arbitrary deductions from customers account, card maintenance fee and ATM charges. And also lack of adequate credit support.”

On the other hand, incidences of loans repayment default by the private sectors which has resulted in unacceptable volume of non-performing loans fuel the mistrust as well.

While the Banks are primarily set up to channel finance to the organized private sector for industrial productive activities, the private sector, therefore, have continued to echo their poor access to financing due to strict conditions attached to such facilities by the Banks in view of the above

From the figures reeled out by the Manufacturers Association of Nigeria (MAN) in a paper by its President, Engr. Mansur Ahmed, presented by Andrew Chukwuma Oruche, Director Corporate Services, the lending for manufacturing activities by Nigerian Banks has declined in recent years depicting a case of unfriendly relationship between the two.

This shrinking lending rate to industrial sector is due to unfriendly conditions surrounding the current lending practices by the Banks. These include the 2 digit interest rate and short tenure with which the loans are offered.

It was therefore stated by MAN that the traditional lending relationship is no longer supporting the growth of the industry and so new strategies need to be developed by the two sectors.

This is because, a true support for the industrial sector by the banking sector requires (1) provision of long-term loan especially for the SMEs, (2) Forex availability and swift forex response for importation of inputs for production and (3) single digit interest rate as double digit interest rate increase the cost of funding which is not business-friendly.

Finally purchase of capital equipment is an aspect that require establishment of partnership platform between the banks and the manufacturing sector which will require a special repayment plan according to the suitable agreement.

Some of the recommendations by MAN for consideration includes

2 Devicing processes for sustaining long-term loans to the industry and engaging the banking sector to recognize the need to prioritize lending to the industry especially at this period of acute shortage of funds, as well as ensuring that government development funds are well accessed.

Nigeria Cut Down on Weapons Import despite Rising Insecurity