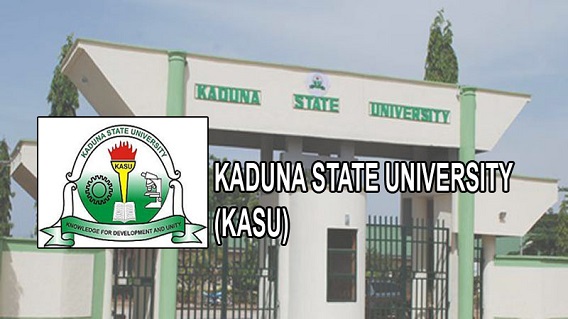 The management of the institution had earlier asked all students to resume for examination after the governor last week during a live media chat on local radio stations in Kaduna, threatened to sack striking lecturers of the Kaduna State-owned University (KASU) and replace them if they don’t resume work.

“ASUU’s problem is with the federal government, therefore why will our staff who have no problems with them join the strike?”

“If this continues, I will wake up one day to sack them all, I swear to God!“We will sack them all and declare their positions vacant on the pages of the newspaper.“

“They once did the same thing and we gave them warning, now they have repeated it.

“I’m only waiting to receive the report from the Commissioner for Education. I swear to God, we will sack all those that joined the strike if they refuse to resume work.”

As of Monday, the institution commenced its second-semester examination. A student, who identified himself as Sani Abdullahi, said: “This is our second-semester examinations, we suppose to start last week but was shifted to start today Monday because of the three-day public holiday declared by the state government to enable residents to obtain their voter cards. The strike affected our lectures. We received few lectures”

However, reports gathered suggest that the ASUU members refused to take part in the supervision claiming that the strike is still ongoing.

The Union in a ‎resolution issued at the end of its Congress of Kaduna University held on Monday said there were irregularities during the examination.

The resolution was signed by the ASUU -KASU branch chairman, Comrade Peter Adamu, and Comrade Usman Abbas, the Secretary.

The resolutions read as follows ‎” The Union Should compile all the infractions and irregularities noticed in the conduct of a few examinations that took place and forward them to the National University commission.

”Members of ASUU-KASU did not participate in the conduct of any, examination in the university because of the ongoing strike action and have remained committed, resolute and uncompromising in the struggle.

“All forms of violation of the strike action by members are being recorded and disciplinary action in accordance with the constitution of the union will be applied appropriately at the appropriate time.”

In his reaction, the Vice Chancellor Professor Abdullahi Ashafa, said as far as the institution was concerned, KASU- ASUU was only in solidarity with the Federal Universities because they were not directly affected by the issues which caused the strike.

” Based on this we thought we should be patriotic, our students have been at home for over five months with no sign that this thing will be resolved.

“Just yesterday, the strike was rolled over by four weeks, but we are not affected by the demand of the ASUU with the federal government.”

ECOWAS to Support Farmers in Nigeria