Home Economy 1.4b Cars For Niger: Nigerians pour out their Reactions 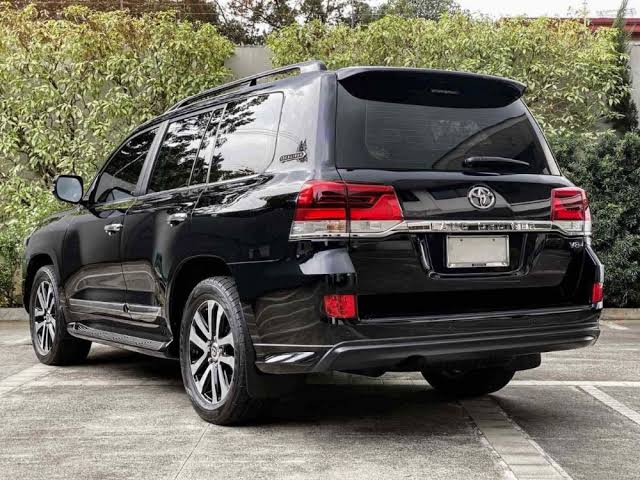 CEM REPORT | The revelation of President Muhammad Buhari’s approval of the sum of N1.4b for the purchase of vehicles for the Niger Republic has hit many Nigerians on their wrong side.

When the report broke on social media initially, Nigerians bypassed it until the Minister of Finance, Budget and National Planning, Zainab Ahmed confirmed it, setting Nigerians loose to query the action and intention.

“Nigeria as a country has provided intervention to our neighbours. It is in the best interest of Nigeria to do so”

She added that the “President has the responsibility to assess what is in the best interest of the country and I cannot question the decision myself.”

Meanwhile, SERAP has taken to its Twitter handle to urge the president to demand the return of the money, especially in the face of crises such as the nearly six-month strike by the Academic Staff Union of Universities (ASUU).

“The Buhari administration must immediately ask Niger Republic authorities to refund the N1.4 billion approved for them to buy vehicles, and use the money to offset the funding for ASUU, so those poor children can go back to school”.

CEM, resident financial analyst Gabriel Imomoh, described the action of the present administration as insensitive to the plight of the common Nigerian bearing the broth of hardship in the country.

While explaining that the support wasn’t the first from Nigeria, highlighting the country’s involvement in the resolution of the Liberian war and South Africa apartheid. He, however, noted that past support was done in the face of surplus resources.

He said the move at this time is worrisome, explaining that it comes at a period of high inflation rate, and depletion of foreign reserves which has led to a massive fall in the Naira amongst other economic challenges, especially the ASUU strike.

“Why this is peculiar is in that we are facing severe economic crisis, the inflation rate is in two digits, the exchange rate is falling as a result of pressure on foreign reserve and high demand for foreign currency due to the shortfall in oil production.

“At a time ASUU is on strike and many of our children are at home.

At a time report states that Nigeria is spending over its revenue earnings to service debts, which is breeding fear that the country will soon default in debt servicing commitment to foreign lenders, such expenditure gives one serious worry.”

He opined that the decision was not objective but sentimental considering that the vehicles were high-profile vehicles, noting “they were not Hilux or military hardware.”

While recalling reports that the bandits and insurgents bear better weapons than the nation’s military, he added “it would have been better if we strengthen our military bases and security agencies.”

Furthermore, he said the action has very little impact on the nation’s global image making the expenditure a waste of resources.

Speaking with various members of the Institute of Chartered Economists of Nigeria (ICEN), they expressed their fear and worry over the action.

“This is a case of someone’s house is on fire, he is putting off the fire in another person’s house.

There is gross mismanagement in the usage of the borrowed fund. That is why the impact of the fund will not be felt in the economy.” – Jonathan ICEN

Great, told CEM that the decision is a  “gross misplacement of priority and abuse of authority and power as well as negligence of primary duty sworn to on oath.

He noted that “with our universities on strike and our children at home, the president unilaterally doled out such an amount without recourse to our grinding internal issue.

“Spending on things that don’t impact positively on our economy. It’s a major forex outflow that could have impacted positively if invested internally. Very unfortunate.” – Great ICEN

Another outcry is the nonchalant attitude of the government to its people.

“Unbelievable! Our government specializes in acts revealing that it is less bothered about  her citizens. With hunger, bandits on the rampage, poverty and insecurity everywhere, the President approved a sum of above N1bn to buy vehicles for a neighbouring country, when educational institutions were closed and lecturers’ salaries have been withheld for 5 months.

This nonsensical audacity can only be carried out in a country  where the leaders rule with impunity.” Grace from Ife

Pat Akhamiokhor, a businessman and Chairman of CEM, on the other hand, has a different worry.

“I am beginning to think that the President wants to relocate to Niger after the 2023 election.

He helped them to build a refinery, build railway line from Nigeria to Niger and now buy vehicles for them”, he said.

We combed through social media to see the reactions of the youth population.

@FS_Yusuf on Twitter said, “Nigeria is not broke to sort ASUU; Nigeria under Buhari is just uninterested in seeing a large population of people finding emancipation via western education.”

Another Twitter user @Princeujay reacting said, “Buhari is a serial liar! If they actually want a security van, why not ask Innoson to supply Security VANs? Toyota Land Cruiser is a Luxury car!

He should tell us the covert op looting deal Niger is helping him with!”

@Ikenga said “there’s more to this his relationship with Niger.

We have Cameroon, Chad, and Benin republic as border countries but Buhari somehow keeps romancing Niger. Who is Buhari?!”

Another user who goes by AkinloyeDr,  who has a contrary view said

“He gave them money. But they bought the vehicle. It is to stop their own end of insecurity flow to Nigeria. There is no big issue in this matter. I do t even know why he is releasing this to the public.”

Balogun Sijuade, a Consultant follows this line of opinion. He said;

“Is not a wrong idea to give financial assistance to another country that is  challenged even if we are going through ours, that’s what leaders do. USA is highly indebted yet they give AID to other nation especially Africa.
The real issue here is Trust and Structure

“Trust: the citizen have lost trust in the government’s genuineness in every action. So we question if this is not a way of pushing their private agenda with public fund.

“Structure: Due to collapse of our foreign reserve and poor economic state, one will expect that there must be a structure in our financial system that help prioritise our spending which includes our giving”

While many have their reservations on the issue, policy and political analysts worry about the impact of the decision on President’s party in the coming elections.

Analysts Forecast Further Rise in Inflation in the Months Ahead