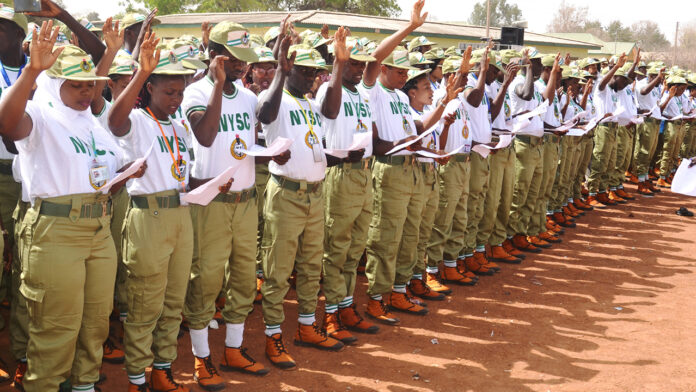 CEM REPORT | The Director-General of NYSC and Attorney-General of the Federation (AGF) has been sued over the National Youth Service Corps (NYSC) Trust Fund Bill, 2022.

The suit filed by Okomayin Ude, by his lawyer Ademuyiwa Adeniyi, SAN, in a Federal High Court, Abuja is seeking an order to prevent the bill from becoming law.

The plaintiff through the suit is praying the court for an order to scrap the NYSC scheme over the insecurity situation in the country.

He further prayed for an order of injunction restraining President Buhari from assenting to the bill stating that it would be an additional burden on Nigerian taxpayers of which he is one.

The suit tagged FHC/ABJ/CS/1185/202 dated July 18 and filed July 22, list the Director-General of NYSC and Attorney-General of the Federation (AGF) as 1st and 2nd defendants, while including the President, the National Assembly and the Minister of Finance as 3rd to 4th defendants respectively.

The suit in part reads “that assenting to the Bill for the creation of National Youth Service Corps Trust Fund and spending more or additional public funds on the scheme will not only be an additional burden on Nigerian taxpayers of which I am, but a waste of public fund on a scheme that has lost meaning and relevance.

“That the National Youth Service Corps Scheme contemplates that every Nigerian Youth that the scheme applies to shall be able to be posted to anywhere in Nigeria in service of the Federation.

The suit is yet to be assigned to a judge.

Recall that Senate passed the bill seeking to establish a National Youth Service Corps Trust Fund after its third reading during plenary.

The Trust Fund would be financed with a “levy of 1% of the net profit of companies and organised private sector operating a business in Nigeria, a 0.2% of total revenue accruing to the federation account and any takeoff grant and special intervention fund as may be provided by the federal, state and local governments of the Federation.

Other sources of the funds include “such money as may be appropriated to meet the objective of this Act by the National Assembly in the budget; aids, grants and assistance from international bilateral and multilateral agencies, non-governmental organizations and the organised private sector; grants, donations, endowments, bequests and gifts, whether of money, land or any other property from any source; and money derived from investment made by the Trust Fund.”

NLC to FG: It is not a Solidarity Protest, we are...