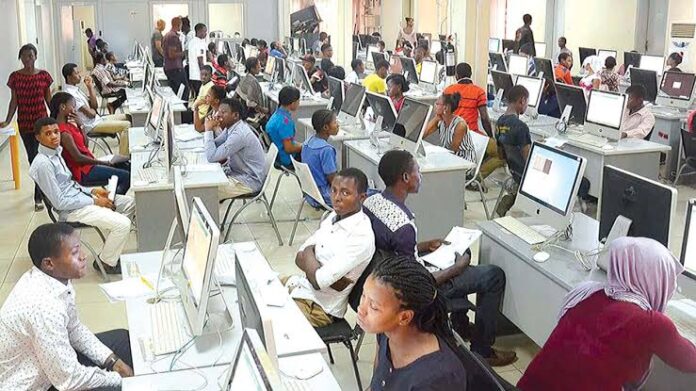 CEM REPORT | The bill to extend the result validity of the Joint Admission and Matriculation Board (JAMB) has passed to the second reading on the floor of the House of Representatives.

The bill sponsored by Tolulope Shadipe, seeks to amend sections 5(1a) and 5(2) of the principal act.

She explained that the current law is exploitative with students forced to pay money annually despite passing the examination.

She stated that in other countries, similar examinations have a validity period of four years and above.

“Everywhere in the world, there’s no such examination that is valid for one year. Here in Nigeria, if don’t get in, you repeat JAMB again. It’s unfair. There are a lot of Nigerians whose parents are struggling to put their children through school.”

The Minority Leader, Toby Okechukwu, who spoke in support of the bill, said it is an economic matter.

“What she’s (Shadipe) saying is that our children and the parents who fund their education have not just been suffering double jeopardy but have been suffering several jeopardises.”

He added that the bill should be allowed to go to the committee.

Speaking against the bill, Uzoma Abonta, expressed that the intended bill would create more crises, arguing that the sponsor of the bill failed to convince him of the mischief the bill seeks to cure.

Presiding over the session the Deputy Speaker, Idris Wase, said the bill seeks to address the economic burden on parents.

The bill was put to a vote passed for the second reading.

If the bill is passed, JAMB results will be valid for four years as against the current one-year period of validity.