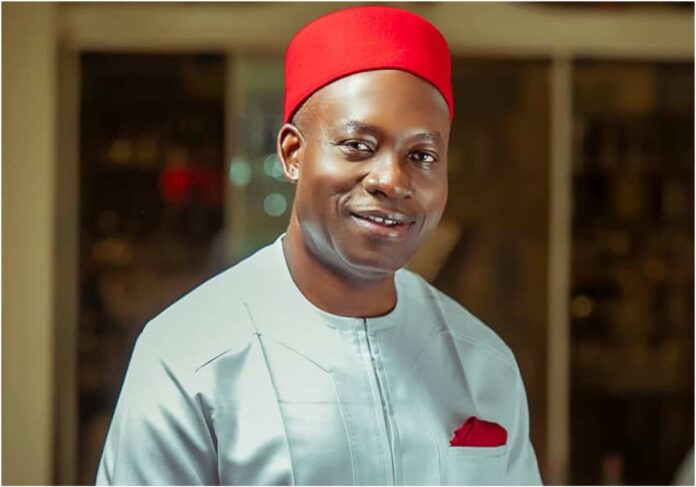 CEM REPORT | Following the recent protest by tricycle operators in Awka Anambra State, against the new tax regime, the government of the state has explained that the policy would eventually become beneficial to all actors.

The state government further said the new tax regime would bring sanity and accountability in the tax system.

According to the Press Secretary to the Governor, Christian Aburime, the state had suffered an unaccountable system of tax remittances which has resulted to its inability to generate revenue to fund capital project.

He added that the Chukwuma Soludo led government only sought to make life better for the people of the state.

“In a world of constant drive for economic and fiscal efficiency, individuals and corporations usually seek beforehand, the opinion of relevant tax authorities on the tax incidence and liabilities applicable to specific transactions or commercial arrangements.

“This is part of where Governor Soludo is headed; to enthrone a decent system in Anambra State where Ndi Anambra are the ultimate beneficiaries. Just like any other reforms, it comes with challenges and sacrifices”.

He further said the Soludo’s administration had not received any tax since it came to power, adding that the Governor seeks to peg the leakages in the state tax system.

“Blockage of these leakages through divergent illegal windows is part of what Professor Soludo is tirelessly working to block and plug. It means elimination of touting system across Anambra state. It will equally entail using Anambra money to work for Anambra. To futher simplify it, since inception of Governor Soludo’s government four months ago, it had not collected any tax or levies from the operators, while the consultation process lasted.”

Furthermore, the Secretary said the newly introduced tax on commercial vehicle operators was after embarking on due consultations with relevant stakeholders and after a careful thought process by the state adding that before the new tax regime, the commuters pay more than the new amount on a daily basis, which in most case ends up in private pockets, comprising of touts and other proxy, thereby making revenues accruable to government insignificantly low.

“This amount equals about six hundred (600) naira, daily for twenty five (25) days. Five (5) percent of the sum will still go to the keke union after collection for the month. Similar thing is applicable for operators of shuttle buses who agreed to pay twenty five thousand (25,000) naira monthly.

The State government added that the remitted fund will be used to develop key sectors of the state.

“On the part of government, part of the proceeds of the tax will be used for the management of different government approved parks and building of roads, provision of affordable health care systems, education and other social infrastructural projects in the state”.

Aburime, explained that the present administration is tirelessly working to block and eliminate the touting system across Anambra state.

“Government, in all sincerity cannot continue, hands akimbo and allow touts and illegal revenue collectors to continue ripping the state off of its legitimate earnings.”

Meanwhile commercial transport operators have been advised to pay the due fees to the appropriate quarters and not individuals.

“Against this backdrop, all government levies’ and taxes’ collection must now be done digitally with electronic receipts issued. Enforcement will soon commence, during which, electronic sticker- a quick response which will employ the use of USSD, will be equally deployed.

“Operators in Anambra transport sector should avoid making payments to individuals. Anambra state revenues can only be paid to banks and their designate agents and insist on being receipted”,