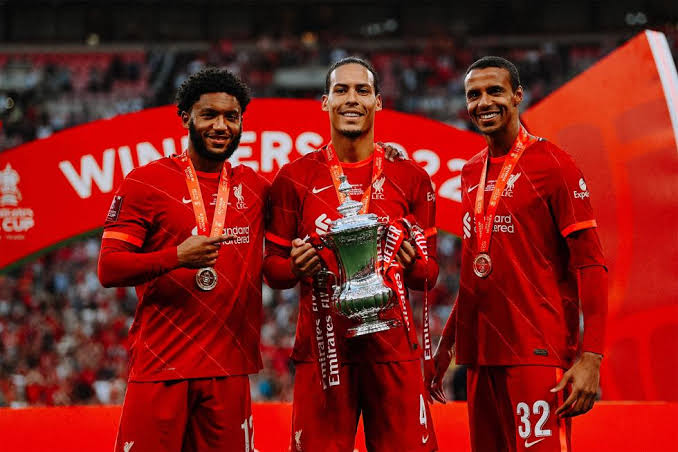 The deal which also extends to the Women Team of the London based club, cements the lender on the front shirt of the clubs jersey till the end of the 2026/27 season.

“When we partnered with Liverpool FC in 2010, we could not have imagined the success of both the sponsorship and of the club.

“With more than 770 million Liverpool FC followers across the world – many in Standard Chartered’s markets in Asia, Africa and the Middle East – the club brings excitement and joy to so many of our colleagues, clients and their communities, and we’re proud to continue to be associated with them.”

“to be able to recommit and increase our investment with Liverpool FC Women, who had a fantastic 2021/22 season and have now been promoted back to the Women’s Super League.

“We look forward to seeing their continued success, and partnering with them to support the Bank’s Futuremakers initiative and our commitment to lifting participation by unleashing the potential of women in our markets.”

“I could not be prouder to confirm a four-year extension to our already long and successful partnership with Standard Chartered.

“We have been on an incredible journey together and Standard Chartered’s support has been a key driver in our most recent successes, both on and off the pitch, with their loyalty and commitment to Liverpool Football Club.

“Our partnership has been able to thrive because of our shared values and we look forward to continuing to work together to help and support our communities and supporters around the world.”

Standard Chartered first signed as the club’s main sponsor in July 2010. This makes the partnership one of the longest in the Premier League.

The club in this period, have supported a number of the bank’s global sustainability and community investment programmes, especially the Standard Chartered Futuremakers Project, which focuses on empowering young people from disadvantaged backgrounds to learn, earn and grow.

The bank through the project has raised over $64 million and reached over 670,000 young people, mainly girls and women, supporting them with education, employability and entrepreneurship skills, since 2019.

The financial institution aims to raise $75 million by the end of 2023 and, with the support of LFC, to raise the aspirations of young people across its markets.