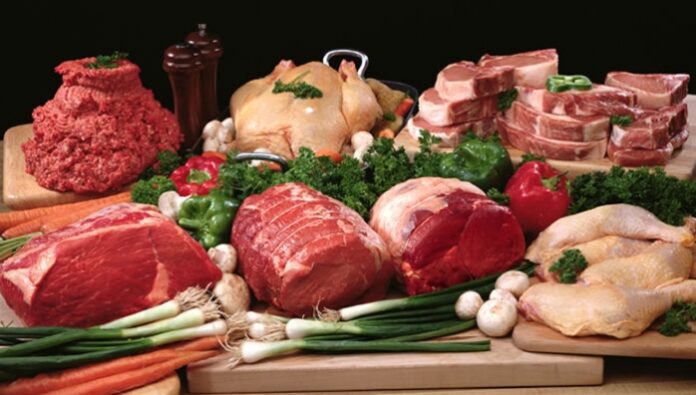 CEM REPORT | Lagos happens to be the smallest state in Nigeria, but its residents consume about N4.5 billion worth of food daily and 50% of beef produced in the country.

This is according to the Governor of the state, Gov. Babajide Sanwo-Olu while speaking at a sensitization workshop organized by the Federal Ministry of Finance, Budget and National Planning in collaboration with Lagos State Ministry of Agriculture and Lagos Ministry of Economic, Planning and Budget on Food Security.

He explained that although the state covers only 0.4% of Nigeria’s territorial land mass, making it the smallest in the country, it accounts for over 60% of industrial and commercial activities.

“Its (Lagos) residents consume about N4.5 billion worth of food daily and 50% of beef produced in the country running into several billion in other trading activities with markets cutting across all the local government areas in the state.”

At the workshop according to NAN themed: “Implementation of Food Systems Transformation Pathways in Nigeria 2022,” the Governor noted that improvements in food system will birth lasting solutions to multiple challenges experienced in the country and influence positive changes.

He hence called for collaboration among Southwest geopolitical zone to implement the Food Systems Transformation Pathways 2022.

Gov. Sanwo-Olu added that the state will continue to put in place necessary structure to encourage the private sector in the agricultural sector.

“It gives me great pleasure to note that Lagos State was selected to host the South-West geopolitical sensitization which I consider as an acknowledgement of the positive impacts our policies and efforts are making in the agricultural sector.

“As a state government, we will continue to provide infrastructure and incentives to support all private sector initiatives where required,”

A report by SBM Intelligence, titled ”Taxing Nigeria’s subnational economies to oblivion.” revealed that Lagos and Ogun are the only two states out of 36, that made more Internally Generated Revenue (IGR) than the allocations received from the Federal Government in four years (2017-2020).

Shell Offers IT to Students in Nigeria