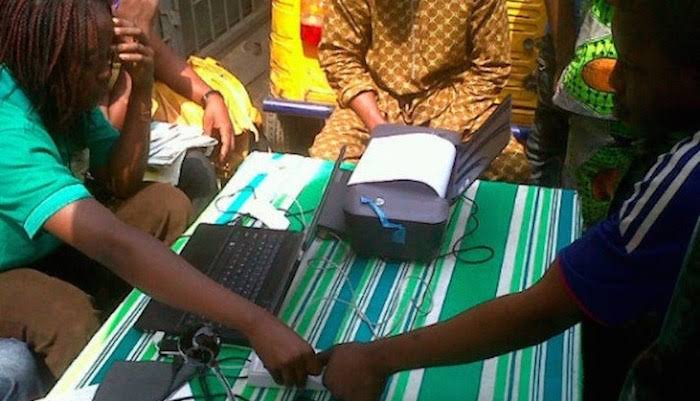 CEM REPORT | The Independent National Electoral Commission (INEC) was recently taken to court to extend the time frame for Continuous Voters Registration (CVR)  on the grounds that many Nigerians were yet to be captured on the voters register.

Consequently, INEC in a tweet extended the registration exercise till “further notice”.

Combing several registration centres the crowd doesn’t seem to disappear anytime soon, as many keep trooping out on a daily to get registered.

Although there are complains of “backyard business” going on in various centres which concern lifting late comers from the end of the queue to the front yet, this hasn’t discouraged many as they queue under the rain and sun to get registered.

The INEC online platform has tremendously assisted the process for many and abated the queues.

CEM in this report has researched the growth of the voters register till 27th of June.

INEC latest update on the CVR exercise, reveals that 10.48 million new registrations had been recorded while 8.63 million registrations have been completed as of June 27, 2022.

This implies that about 9 million new voters have been added to the previous 84 million registered voters in 2019.

The spike in these figures can be traced to the sudden massive interest of the youths to get into the voters register, indicating a strong interest to participate in the coming general elections.

Data from INEC indicates that 70% of the completed registration in the ongoing CVR, were accounted for by the youth representing 6 million from the about 9 million new registrations.

With the top eyed presidential aspirant for the first time representing “wazobia” — the three ethnic groups and three of the six geopolitical zones of the country, the voters register by state should maybe give some insight to what might be coming 2023.

The top 10 states with the highest number of registered voters combining results from the 2019 register and new registration as at June 27, 2022. are below:

From the 2019 record, Lagos held the position as the state with the largest number of registered voters with  6.57 million.

Despite insecurity challenges, Kano has stood its ground as the second state with the largest number of registered voters.

With the current registration, Kaduna maintained its 3rd place from 2019. As at the date in review, the state has added 306,949 new registrations bringing its total registered voters to 4.2 million, from 3.93 million before going into the 2019 elections.

With a total of 396,900 completed  registrations, Delta has risen it voting population to 3.24 million.

The South-Western State of Oyo has added 281,954 registered voters through the ongoing CVR, which brings its total figure to 3.21 million from 2.93 million before going into the 2019 elections.

Bauchi also push up it voting strength with 249,142 new registrations. The state from 2.46 million registered voters in 2019, the state now stands with 2.7 million electorate.

With the figures still in favour of the west, north and a bit to the south, other part of the country need to push more for registration taking advantage of the extention.

However, could this figures and locations point to the direction voting may sway come 2023?