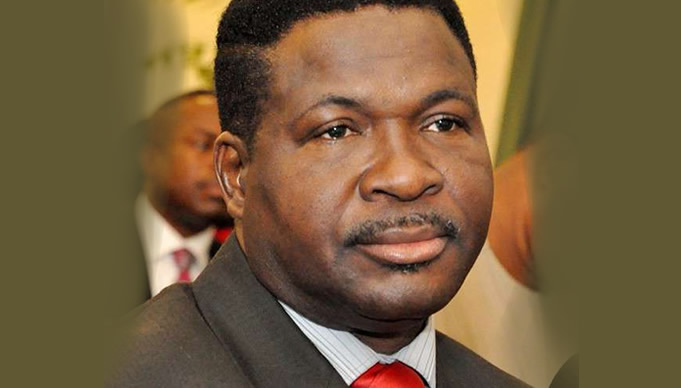 CEM REPORT | Chief Mike Ozekhome, SAN has advised any incoming government to come up with serious economic blue print that will lead to the resuscitation and revitalization of the Nigerian Economy following the current challenges.

The Senior Advocate made this emphatic call Friday in an interview with Continental Economy Magazine in a side session at the 2022 Retreat/Convention of the Usagbe Club of Nigeria holding in Lekki, Lagos State.

“Any incoming administration should know that Nigerian economy is in tartars, and is in shambles, is bartered and flattened. They should bring about a serious economic blue print that will lead to national resuscitation and revitalization. Nigeria today is the poverty capital of the world having overtaken India, where Nigeria in 2015 was one of the fastest growing economies in the world and the most vibrant in Africa having overtaken South Africa with over $500bn rebased economy.

“The next government must know that Nigerians are suffering and smiling, feeding condition has become most difficult, insecurity has taken over and people can no longer farm. We are not safe in our houses, farms, churches, mosque, on our roads, waters in our schools and everywhere.

“The next government should see the issues of insecurity and poverty as matters that need to be confronted with every seriousness.

“Above all, corruption which has today become a fundamental objective and directive principle of state policy where corruption thrust around like a proud peacock. Corruption by Transparency Anti-corruption perception Index Nigeria ranked 148 out of 180 in the world  and the second most corrupt country in West Africa. The next government need to do a lot”; Ozekhome said.

Mike Ozekhome spoke about focusing on developing our regions as a path to developing the entire economy, saying that has been taken for granted for too long

“Nigeria has taken regional development for granted. Any country that want to develop must able to have economic regional development. We had it in the days before January 15, 1966 when Major Azogu Chukwuma played out the first military coup, it is not a new thing.

It was regional development that made Awolowo build the first television in West Africa in 1957, the cocoa house, University of Ife and had integrated community development and gave free education at all levels to the Yoruba people.

It was this regional development that made Sir Ahmadu Bello to send his deputy, Alhaji Tafawa Balewa to the center to become Prime Minister while he took care of his own Northern people under the Northern People Congress. That was why he founded the Northern Nigeria Development Corporation (NNDC) with which he built the Yankari Game Reserve, Ahmadu Bello University with their hides and skin, cotton and the famous groundnut pyramid.

It was that regional development that made the Easter Nigeria under Dr Nnamdi Azikiwe, later Akanu Ibiam and finally Dr Michael Okpara to develop the Eastern Region with their palm produce, building the Trans Amadi Estate in Port Harcourt and Enugu, University of Nigeria Nsukka and other monuments still existing

It was that regional development that led people like Justice Kessigton Momoh, Oba Akezua II and others to use the timber and rubber of Midwest region which was created out Western Region on the  10th of August 1963 to develop Midwest region with which we had Ugheli Black Factory, Okpella Cement Factory and many other industries including the University of Benin. So we need that regional development.