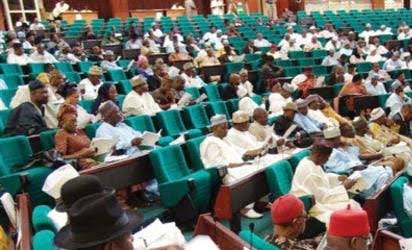 CEM REPORT | The House of Representatives Committees on Pension and Public Service Matters has summoned the Director-General of the National Pension Commission (PenCom) and the Executive Secretary of the Pension Transitional Arrangement Directorate (PTAD) to explain the failure to pay federal civil service retirees their pensions for nine months.

The summon came after Honourable Sergius Ose-Ogun, lawmaker from Edo State, moved a motion on the matter on the floor of the lower chamber of the National Assembly in Abuja.

The honourable member while moving the motion described the statement by PTAD, blaming the the non-payment on technological glitches, specifically from the Office of the Accountant-General of the Federation and the Government Integrated Financial Management System (GIFMIS) as “unacceptable”.

He further described the failure of the agency to pay pensioners’ monthly pensions and gratuities as “gross incompetence and ineffectiveness” adding that Section 32(b) of the Pension Reform Act Cap P4 Laws of the Federation of Nigeria, 2004 saddles PTAD with the responsibility of carrying out functions aimed at ensuring the welfare of pensioners.

Ose-Ogun, urged the House to wade into the matter based on Section 88 (1) and (2) of the Constitution of the Federal Republic of Nigeria, 1999 (as amended), which empowers the National Assembly to conduct investigations into the activities of any authority executing or administering laws made by the National Assembly.

Speaker of the House of Reps, Femi Gbajabiamila, hence directed the Committee to investigate the alleged non-payment of pension to the retirees by PTAD within four weeks and report back to the lower parliament with their findings.

Also, the Head of Service (HoS) of the federation and the Accountant-General of the Federation (AGF) have been added to the summon.

Recall that CEM reported that the Executive Secretary of PTAD, Chioma Ejikeme blamed the non-payment of pensions on technological glitches.

She said the issue wasn’t from the agency but the Office of the Accountant-General of the Federation.