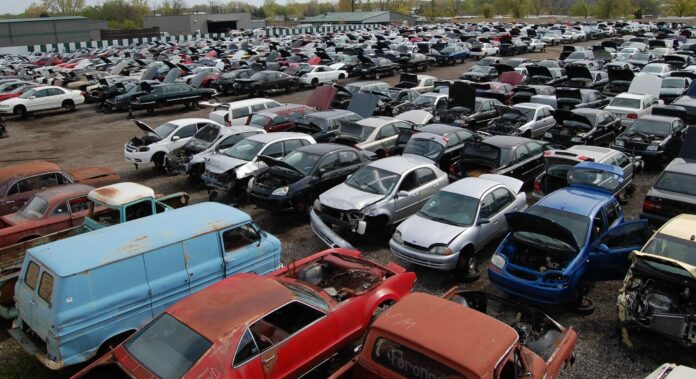 CEM REPORT | Maritime workers has called on the Federal Government to reduce the age limit of imported used vehicles to 2010. This they say will save business of importers and enable the middle-class to own cars.

The workers under the aegis of Advocacy for Maritime Development Association of Nigeria (AMDAN) decried the increase in duty on imported used vehicles manufactured before 2012 as the same with those manufactured in 2013 and upward.

Speaking to Journalists at the Association of Maritime Journalists of Nigeria (AMJON) roundtable forum, held in Lagos over the  weekend, the AMDAN President, Oluwasegun Alabi, called on the Federal Government to reduce the age limit of imported fairly used cars to 2010 due to the high cost of locally manufactured cars.

He added that the Federal Government should seek to level the fields for imported and locally manufactured vehicles so the public can make choices based on their purchasing power.

“2008 vehicles are still very good in shape and move on the roads. Nigerians can still afford this. Banning the importation is preventing the average Nigerian from owning a car, but promoting only the elites to have cars.

“We have individuals, especially young boys who specialise in underage vehicles. For the fact that government has cancelled importation of those vehicles, these boys will be out of job automatically,”

He further noted that the past weeks have been hectic as the Vehicle Identification Number (VIN) valuation policy does not recognise underage vehicles.

“That is the problem we are still having because there is no place for 2008 vehicles on the VIN platform, hence they still need to get a manual valuation, which is not good,”

He disclosed that the group has sent its position paper to the Federal Government on the need to ensure that underage vehicles get the right duty, according to Guardian.

Recall that the Nigeria Customs Service (NCS) had announced changes in the age limit of vehicles coming into the country from 15 years down to 12 years, warning imported vehicles older than 12 years shall be impounded.

Alabi, while still speaking, lamented the lack of sustainable policies and legislation on indigenisation of the freight forwarding sector, this he said has given room for foreigners to take over the business, which has creates more unemployment for Nigerians.

“Foreigners taking over port businesses in the country is giving indigenes a lot of concern. This is because of the level at which the government has reduced what we are doing and the lack of support for the freight forwarding sector for our nationality,”

He further lamented the lack of Federal Government support to importers have continued to strengthen foreign companies to continue to dominate the ports.

“As of today I have lost three of my customers to Maersk logistics and Medlog and I am in pain. These foreign companies are bigger in terms of having all the capacity. If you ask Med Logistics to move 500 containers within two days, they have the money and equipment, whereas I don’t have that,”

He further pointed that such was not so in neighbouring country, Cotonou, according to Guardian he said:

“You cannot go there (Cotonou) with a Nigeria-issued licence to clear vehicles at their ports, you will have to look for their indigenes to facilitate it for you. This enables them to block capital flight, their money is invested back into their country and employment is circulated to their indigenes.”

He called on the National Assembly to put forth a bill that will strengthen indigenisation in the maritime industry and protect those who will seek to join the business.

He further urged indigenous businesses to form a synergy and fight the dominance of foreigners in the freight forwarding business.

“We need to bring our money together to fund big projects so that when the foreigners come and put their cards on the table, we also put ours. That is how to fight them through mergers,”

On the preparedness of the Nigeria Customs Service (NCS) towards the African Continental Free Trade Area (AfCTA) agreement takeoff, the AMDAN President noted that Service was far from ready.

He noted that the bottlenecks in the clearing of cargoes at the ports and border posts will hinder the smooth take-off of AfCFTA in Nigeria.

He explained that these bottlenecks range from multiple number of alerts by the Customs on clearance of goods, to the process of subjecting the same container and truck to different checks.

He said these procedures are time-consuming and should be harmonised for the interest of the industry. 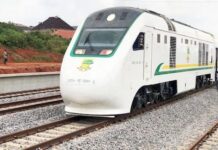 Clearing Agents Accuse Foreign Companies on Unemployment in the Sector