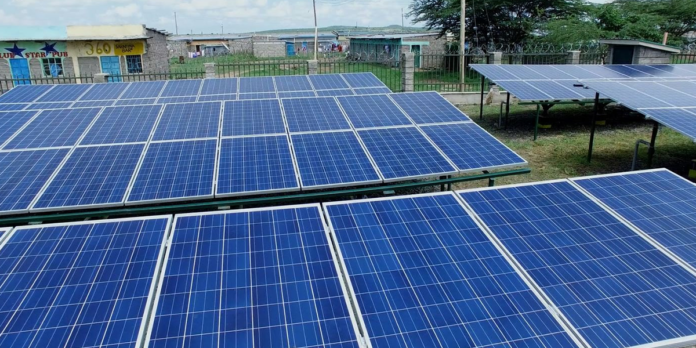 CEM REPORT | The Federal Government says it had earmarked $550 million to provide 20,000 Standalone Solar Systems (SHS), as well as Solar Hybrid mini-grids in over 250 locations across the country.

This according to President Muhammadu Buhari in an interview with Bloomberg where he revealed that the country’s national grid is undergoing decentralision through renewable-driven mini-grids.

“We are also decentralising the national grid through renewable-driven mini-grids.

“The 550 million dollar Nigeria Electrification Project has deployed more than 20,000 Standalone Solar Systems (SHS), as well as Solar Hybrid mini-grids in over 250 locations.”

President Muhammadu Buhari while assuring international investors that his administration is taking steps to improve Nigeria’s power supply said his administration is working hard to improve the grid through the power intiative agreement with Siemens adding that the constitutional amendment bill once signed, will allow state governments to generate and transmit their own electricity.

“Take my Presidential Power Initiative (PPI), a government-to-government initiative between the Governments of Nigeria and Germany, with Siemens AG, to upgrade the electricity grid with a 2 billion dollar investment.

“Once signed into law the constitutional amendment bill – recently voted through parliament – will allow state governments to generate and transmit their own electricity, further facilitating investor participation in our market and enabling states and local businesses to transmit excess supply to the grid,”