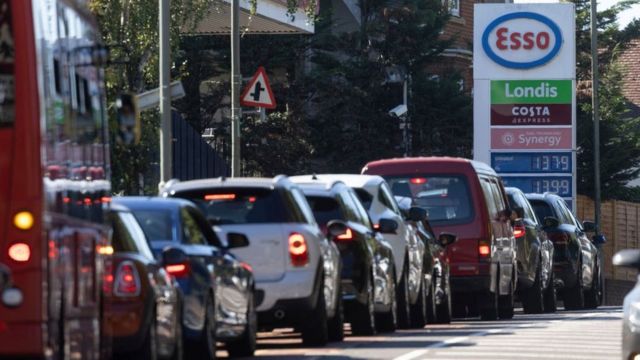 The unusual long queue which was first spotted at the Totalenergies filling station along Bank Anthony way, Ikeja, has since Monday morning spread to other filling stations across Lagos metropolis.

Queues have mounted at filling stations along Ibadan expressway, Ikorodu road, Iju Ishaga, Agege, Iyana-Ipaja and, Beger, Obalende, Alausa, and Ikoyi. The usual holding of jerry cans by boys profiteer on scarcity have also been observed in some of these areas.

Upon enquiries, filling stations have simply stand down fuel sales in anticipation of increases in the price of the product. Attendant in one of the Filling stations in Iyana-Ipaja axis of Lagos who pleaded anonymity, told CEM that they were asked to sell using one pump by their boss.

“We were asked to sell from a single pump this morning. Our own is to obey order. We are not sure of what may happen next”; she said.

Petroleum retailers’ anticipation is based on the rising price of diesel used by trucks that supply petroleum products which has impacted on the overhead of the depot/truck owners. Based on this, filling station owners are anticipating that price of the product may soon be hiked.

Also, players in the industry anticipate removal of subsidy by the government following the amount it currently spend in subsidizing the product as crude oil price have sustained its high territory in the international market. They anticipate that government may not be able to sustain the policy if price of crude remain high.

How founded these expectation are will be revealed in the coming days. Meanwhile, price of the product may hike has demand will outweigh supply following usual market dynamics.