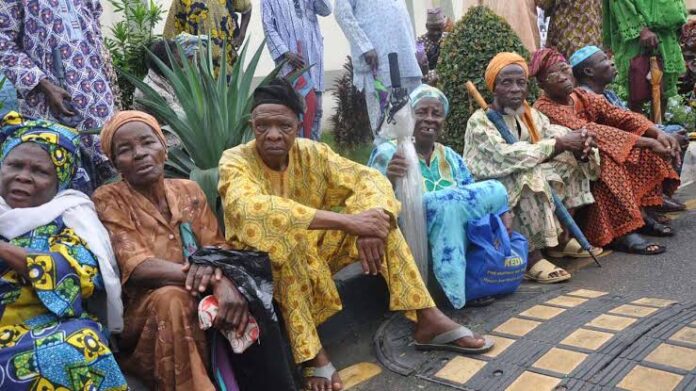 Reacting to the recent outburst by the National Union of Pensioners (NUP) over owed pensions for nine months, she said her agency was working on resolving the delayed payments while adding that the issue wasn’t from PTAD but the Office of the Accountant-General of the Federation.

“We send for reports from GIFMIS (Government Integrated Financial Management Information System) to get the payments that have been made. Sometimes, it takes a week, sometimes more.

“So, we have that lag in communication as to whether the payments we made failed or not. And when we have such a situation, when the pensioners complain, we ask them to send us their statement of accounts, so that we can confirm that that payment didn’t go through.”

The secretary of Lagos chapter of NUP, Mr Abiodun Michael, on the show said 18,000 pensioners have not been paid adding that “Most of these people, their money go into medicals. They are dying every day. In a week, you will get four to five obituaries.”

Responding Ejikeme, said the PTAD had no bias for Lagos State pensioners adding the directorate was open to scruity by the EFCC and ICPC.

“If he says 18,000 pensioners have not been paid, it means that PTAD has a bias for Lagos State pensioners. Why is it that the other pensioners from other states all over the federation are not making the same complaints?

“We are very happy to have EFCC and ICPC come look into what we are doing.

She apologised for the delay while adding that pensioners should embrace technology.

“I have apologised to the pensioners about the three-month arrears. We try to explain technology to our pensioners, but they don’t seem to understand.

“These are pockets of complaints and we are addressing them. This is a system, it’s technology, there’s nothing we can do about it.