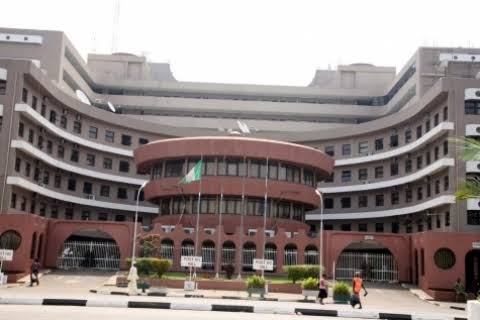 He said due to dwindling revenues, the treasury had to resort to other sources to augment the payment of Federal Government public servants.

The Acting Accountant-General (AAG), made this revelation while speaking at a retreat organised by the office of the Accountant-General of the Federation (AGF), for members of the technical sub-committee on cash management, TSCM, in Abuja.

He added that government expenditure increased as a result of rising security challenges and the social needs of the citizenry, according to Vanguard report.

“We have to borrow to augment payment of salaries and wages. This shows we are in very difficult times. Government income is highly challenged.

”Records available indicate that due to dwindling revenues, the treasury had to resort to other sources to augment the payment of Federal Government public servants.

“There is an increase in government expenditure due to increasing security challenges and social needs of the citizenry.”

He added that stakeholders need to come out with ideas that enhance revenue inflow to the federal government treasury.

“Now that these challenges stare us in the face, you are all expected at this gathering to come out with ideas that will push us through.

“Therefore, we must all, at this retreat, strive towards identifying the challenges to revenue generation and other means of enhancing inflow into federal government cash box; ensuring the cutting down of cost of governance in the most acceptable way and ensuring synergy among and within stakeholders in the sub-committee.”

He further commended the effort of the Minister of Finance, Budget and National Planning,  Zainab Ahmed, for her consistent support in improving members’ capabilities.

“It warrants avoiding excessive borrowing and debt accumulation. It’s expected that discussions at this forum will help in improving the capacities of members and stakeholders and getting them more acquainted with Nigeria’s fiscal challenges and advance recovery strategies that will enable effective management and avoid fiscal deficits.”

Meanwhile, other report says the Federal Government’s total borrowing from the Central Bank of Nigeria through Ways and Means Advances rose from N17.46tn as of December 2021 to N19.01tn as of April 2022.

According to data from the CBN, this represents an increase of N1.55tn within the first four months of 2022.

The N19.01tn owed the apex bank by the Federal Government is not part of the country’s total public debt stock, which stood at N41.60tn as of March 2022, according to the Debt Management Office.

The public debt stock only includes the debts of the Federal Government of Nigeria, the 36 state governments, and the Federal Capital Territory.

Despite warnings from experts and organisations, the Federal Government has kept borrowing from the CBN to fund budget deficits.

Ways and Means Advances is a loan facility through which the CBN finances the government’s budget’s shortfalls.