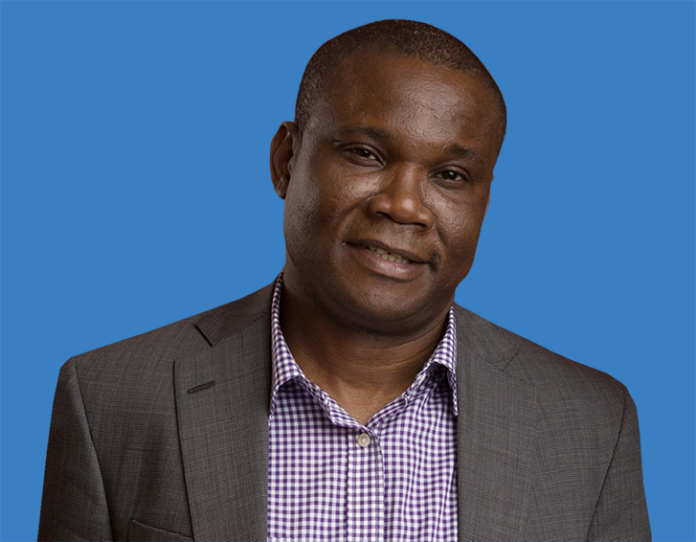 CEM PERSONALITY | Companies, economies and the civil society now hold “impact” central for all inputs from individuals and groups. What Impact have you made? What Impact are you making? If there is no experiential outcome of your actions either in visible addition or a change to what is existent, then, you are not making impact.

Before the word ‘Impact’ became a buzz word, it had become the driving force behind one man who had internalized and made it the motive behind every one of his ideas and actions.

Innocent Chukwuemeka Chukwuma, a man described by his wife, Josephine Efa Chukwuman as “a man in a hurry”, always wanted to do something to impact either a group or the society, to change a situation and to establish structures that will make impact in people and in a situation. So he continued to make impact by establishing organizations that made impact and making impact in organizations he ever associated.

For the impact he made in Ford Foundation where he worked as a Regional Director before his sudden demise, the Foundation has partnered Lagos Business School and the Sustainability Center to establish an endowed Chair in honor of Innocent Chukwuma, so that the impact he always made and envisioned especially in young people will continue in perpetuity.

The Innocent Chukwuma Social Impact Chair and Fellowship was launched on Friday, May 11 2022 at the Oriental Hotel, Victoria Island Lagos amidst eulogies for his character and overwhelming prospects for the foundation.

Born on Sunday morning of February 6, 1966, in Umuahia to the family of Mr Denis and Mrs Helen Chukwuma, Innocent Chukwuemeka was the fifth of 7 children.

Corroborating the words of Josephine, Regional Director for West Africa at Ford Foundation, Catherine Chinedum Aniagolu-Okoye described Innocent Chukwuma as one who existed for one reason; for change, for impact, for things to be different. He hated the way things are and would work to effect change.

From the extract of his growing up, this drive for change date back to his days in the secondary school. Prof. Nduka Otiono shared a story from his yet to be published Autobiography how Innocent led the students to revote against the watery beans they were being served back then in Holy Ghost Secondary School, Umuahia after repeated failed efforts by the students to make the school improve on the meal.

Starting from his days in Civil Liberty Organization (CLO), an organization where he worked after his graduation to everywhere he ever served, Innocent effectiveness and impact was never obscured. He was assigned to police research in CLO and singlehanded writing the organization’s important Annual Police Reports.

He was so deeply involved in CLO that Olisa Agbakoba said of him; “I recall he wrote one of the early reports in 7 straight days without break. Absolutely committed to his work, he was to demonstrate uncommon zeal during the June 12 protests.

According to Olisa Agbakoba. Innocent was so involved with the June 12 protests that when he was engaged with the police in a massive street protest in Apapa, he got arrested, handcuffed and thrown in the back of a police Van. He regained his freedom afterwards through a means yet to be confirmed.

Having worked with CLO, he wanted to make more impact drawing from his experiences from his involvement with the police. He founded the CLEEN Foundation in 1998, the organisation he led for many years before joining Ford Foundation

From the words of Prof. Ayodele Atsenuwa, Deputy Vice Chancellor (Development Services), University of Lagos, Innocent Chukwuma formed CLEEN Foundation because he wanted the work he has been doing in CLO to have impact in a distinctive way. He knew that something has to be done differently if there is going to be an impact. He highlighted the things that were done wrong and thought of better ways to do them. He thought, you want to get someone to change, if you keep him up there, you are likely to alienate him, instead, why not work collaboratively with him. This was the concept behind CLEEN.

This drive to make impact had prepared him for the job in Ford Foundation before he finally joined the organization. It becomes no surprising that he made so much impact in the charity orgabization that an endowment in his name fell in line one year after his death.

“In truth, the essence of a man’s life is not the length of it, it is what it is he has done with that time. If you look at what Innocent has done within the time he lived, you would thought he has lived for a hundred years; from his writings, to his engagements and his work. He was a man in a hurry

One aspect of Innocent Chukwuma’s life where he made remarkable impact was his interest in young people. He believed in investing in young people to prepare them for the future task of leading and changing the society. Therefore, mentorship was a way of building the right character in young people.

Debesaki Mac Ikemenjima, Project Officer at Ford Foundation, work with Innocent Chukwuma for four years. Their interaction on his first day at work made a remarkable impression in him and prepared him to undertake the task at Ford Foundation.

“He took me for a lunch and we had a conversation about academia, research, the job, about books and about the things we could do together. It was a 45min interaction that left a sign in my mind that I would have a good relationship with this man and I worked with him 4 years. In that time, I had some of the most interesting opportunities to grow as a person”, Debesaki said

According to Debasaki, everyone has a good story to tell about Innocent Chukwuma. His passion for young people was evident in the number of young people introduced to him as people Innocent was mentoring or working with.

Innocent Chukwuma had an aptitude of foresight to think wide and ahead. At a point, Innocent Chukwuma found out that the traditional channels of funding for NGOs became unsustainable and thought of creating something sustainable. Impact Investors Foundation, an organization he was Vice Chairman was founded together with Etemore Glover who is currently the Project Lead at the organization.

Innocent Chukwuma, indeed, was many things to different people. One of his legacies is the Oluaka Institute in Imo state, a technology incubation village, which he set up to bridge the technology gap and tackle youth unemployment.

According to Prof. Atsenuwa, Innocent idea of Oluaka Institute was based on the need to empower the people if they are going to be able to do what they have to do in terms of participatory governance and participation in the economy.

Innocent Chukwuemeka Chukwuma died on Saturday, April 3, 2021, 24 hours after he was diagnosed with acute myeloid leukaemia (AML) within a week illness,

With the organizations (Ford Foundation and LBS) behind the establishment of the Innocent Chukwuma Social Impact Chair and Fellowship, the impact he made and envisioned is sure to continue in perpetuity especially in the lives of young people.