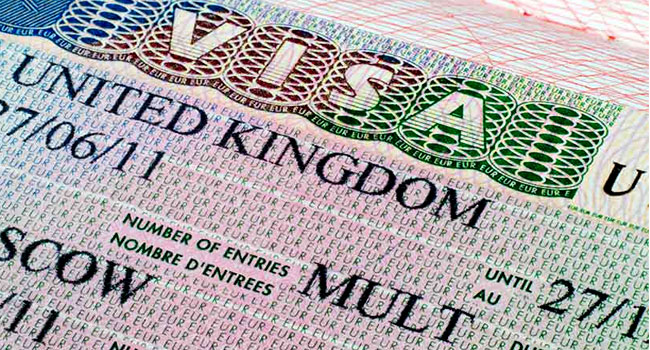 CEM REPORT | The United Kingdom has under its points-based immigration system, created a new visa scheme for graduate from the world’s top universities to come into the country.

They will also be able to switch to other long-term employment visas if they meet certain requirements.

Graduates will be eligible regardless of where they were born, and will not need a job offer in order to apply.

“I am proud to be launching this new and exciting route as part of our points-based immigration system which puts ability and talent first, not where someone comes from.”

The scheme will be available to alumni of the top non-UK universities who have graduated in the past five years.

The government also stipulated that candidates must pass a security and criminality check, and be able to speak, read, listen and write English to at least the B1 intermediate level.

According to the British Council, B1 intermediate level are “those who have the necessary fluency to communicate without effort with native speakers”.

This new visa offer means that the UK can continue to attract the best and brightest from across the globe. The route means that the UK will grow as a leading international hub for innovation, creativity and entrepreneurship.

“We want the businesses of tomorrow to be built here today, which is why I call on students to take advantage of this incredible opportunity to forge their careers here.”

Since leaving the European Union, the UK has ended the priority given to EU citizens and introduced a points-based immigration system that ranks applicants on everything from their qualifications and language skills to the type of job offered to them.

But the country has faced a tight labour market for several years – compounded by Brexit and COVID-19 – and companies in manufacturing, logistics and the food sector have urged the government to loosen the rules for entry-level jobs.