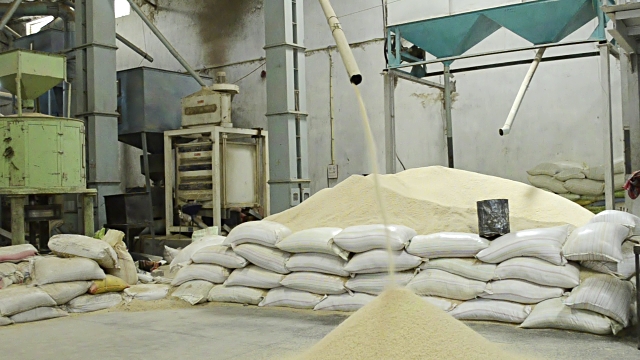 CEM REPORT | The Government of Lagos State has a revealed that in 10 weeks the Imota rice mill will be inaugurated.

The mill which is expected to produce 2.8 million bags of 50kg bags of rice yearly, will also directly create a projected 1,500 direct jobs and 254,000 indirect jobs.

This is according to Abisola Olusanya, the State Commissioner for Agriculture, in an interview with the News Agency of Nigeria (NAN) in Lagos.

The Commissioner explaining, said the rice mill is a 32-metric-ton-per-hour project constructed by the state government in Imota, Ikorodu.

She further explained that the project, which has been undergoing construction since 2017, has been experiencing delays in terms of completion adding that the contractors have started test-running the mill.

She further said the special adviser to the governor on rice, Rotimi Fashola, would ensure the completion by July — the beginning of the third of 2022.

Although the inauguration of the project has been postponed more than three times, Governor Babajide Sanwo-Olu had earlier said it would begin operations before the end of the first quarter of 2022.

”We are commissioning by June/July or end of July. Within the next 10 weeks, that place will be ready for commissioning,”

”The special adviser is working towards that and they were still there yesterday and they have started test running.

”Paddy is already there. We have rice paddy. Thousands of tons are there. I can’t ascertain the figure but what I know is that the silos are being filled right now with paddy.

”They are already test-running the equipment. Anybody is free to go to Imota, the special adviser is there.

”You can just request, and you will see that within the next 10 weeks that place will be ready for commissioning.”

[READ ALSO] Nigeria to Import Fertilizer from Russia and Canada

Speaking on whether the mill would reduce the cost of rice in Nigeria, she said it was only possible if the government was in full control of production, processing and marketing.

Olusanya also said while getting the paddy at a lower cost might crash the price, the security challenge in some parts of the north could also pose a great challenge.

”You expect a crash when you are also experiencing value chain from production itself up to processing and marketing; when you are in full control,”

”Right now, we are in just the processing part which is the middle labour.

”If the price at which paddy is being procured is not low enough to crash it except you’re asking for a subsidy which is not sustainable.

”Subsidy is not a sustainable route to go, so the best thing is getting the paddy at a cheaper price.

”Which means that back in the north, how suitable is the environment for them to actually cultivate and grow rice.

”If right now, there is a lot of issues in the north which border around banditry and all of those things, it is going to affect a lot of people that can actually farm.

”It is going to affect the quantity of paddy they can get and obviously if there is a scarcity of paddy itself as a raw material, prices will be jacked up.

”So it is not just about price of rice going up, it is a function of security.

“If the farmers don’t feel secure up north, you have more of them coming down south to do other things.

Concluding the interview Olusanya urged south-west states to get back into agriculture as a full time business and engage in large-scale farming.