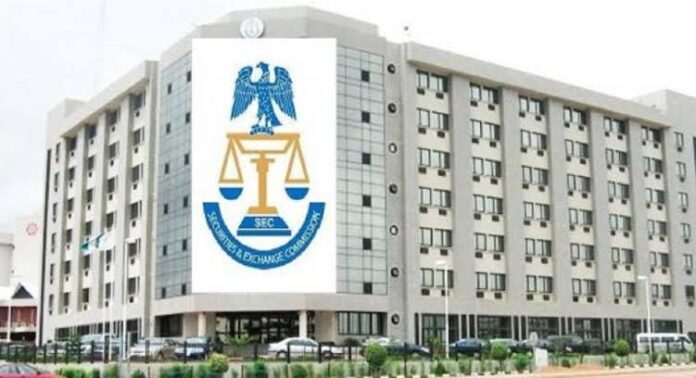 The commission said it decided to engage relevant stakeholders in a bid to resolve issues of identity management and tackle the problem of unclaimed dividends.

Director-General (DG) of the SEC, Mr. Lamido Yuguda stated this when he received members of the Committee on Identity Management for the Capital Market in Abuja.

The DG further said that the Identity Management System being developed would tackle the lingering identity management issues while allowing room for scalability as technology evolves.

According to him identity theft is a fraudulent practise of using another person’s name a)nd personal information to obtain shares, credit and loans, among others, expressed confidence in the success of the Project adding that it would build a greater Nigeria and impact unborn generations.

The Chairman of the Committee, Aigboje Aig-Imoukhuede said the project would be carried out in stages supported by a consultant with recourse to the SEC on a regular basis.

“The Committee had clearly defined the task ahead in a Road Map and also identified that the Project would be carried out in stages supported by a consultant with recourse to the SEC on a regular basis. The Committee is committed to ensuring that the customer journey for investors is such that would cause a revolution in the Nigerian capital market, thereby making our market attractive to the tech savvy and younger generation”.

He further noted that the Committee’s work had exposed the need for standardization of systems within the Nigerian Capital Market that would support Open Finance which the SEC can drive.

Aig-Imoukhuede while commending SEC on the recent release of Rules on Issuance, Offering Platforms and Custody of Digital Assets added that the Commission could leverage on the Committee to develop the framework for the Nigerian capital market.

According to Nairametrics the Committee on Identity Management for the Capital Market was constituted by the SEC on June 30, 2021 with it members drawn across the Capital Market, banking, payment system and technology/innovation enabler with the SEC as the secretariat.

The Committee high-level Terms of Reference (ToR) addresses legacy issues caused by lack of proper identity management system for the Nigerian Capital Market. It is also to facilitate data accuracy and ease of participation in the capital market.