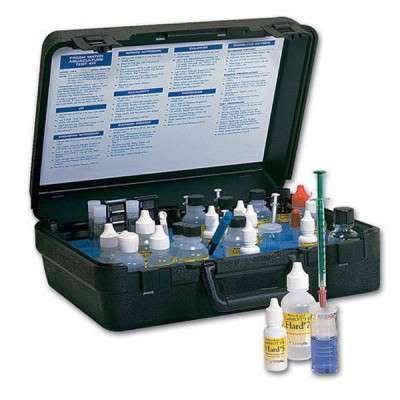 CEM REPORT | In a move to boost crop production and yields Nigeria Institute of Soil Science (NISS) has said it will engage in the distribution a thousand (1000) units of soil testing kits to farmers.

The kit which will be distributed across the six geopolitical zones of the country will aid management of soil resources and improve efficiency of fertiliser application.

This is according to an interview with the Registrar of the institute Prof. Victor Chude, on Tuesday in Abuja.

News Agency of Nigeria (NAN) reports that the Registrar said the kit contains apparatus that can be used to analyse soils and provide real time results to farmers.

He added that fertiliser application without proper soil testing could lead to plant nutrient imbalance, pollution of ground water, eutrophication of the surface water bodies and economic losses to the farmer.

Chude further said the distribution would be done on completion of the ongoing ‘Train the Trainer’ workshop for farmers, farmers group or association and extension service agents across the country on the use of the test kit.

“If we succeed in building the capacities of all farmers groups in the country on soil testing, then we have succeeded in training the grassroots.

“This is because these groups will conduct step down trainings for their members,’’

The registrar noted that each zone would get 125 unit test kits, based on the number of states.

He identified optimum soil fertility as vital for maximum production of crops, especially farms where continuous cropping was a major practice.

He added that the practice will further help farmers manage soil resources and boosting crop production and yields.

“However, fertiliser application should never be done without proper soil testing, as soils vary in their nutrient contents, which is greatly dependent on topography, soil management practices, climate and type of cropping,’’

Going Beyond GDP to Building Economy of Well-being