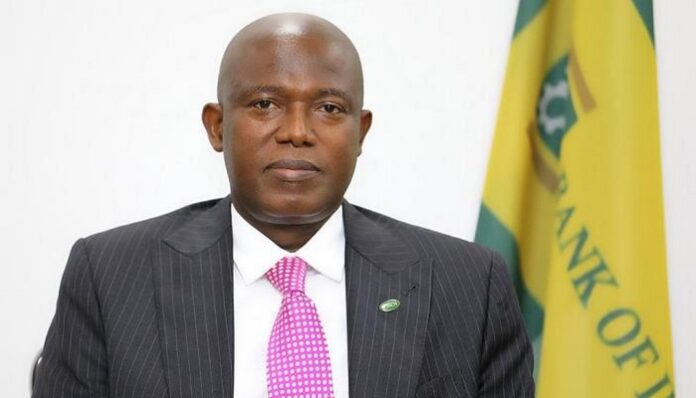 According to NAN, Pitan said this at the opening session of the association’s second annual general assembly themed: “Innovative Financing for Sustainable Growth and Development.”

He said though there had been marked economic improvement through the years from various intervention programmes and infrastructure investments, it has become compelling for DFIs to increase the level of their intervention.

Pitan said that the World Bank in its projection this year said that Nigeria would be home to 95.1 million poor people.

Pitan said that this therefore, means that more efforts were required in the area of poverty alleviation, infrastructure and human capital development, agriculture, and industry among others.

“The actions of all of us at this event shall have a significant input to determining whether the growth of Nigeria’s population will promote prosperity and improve the livelihood of the Nigerian people.

“Or become a source of fragility, social tension, and increased economic hardships.

“Nigerian DFIs have the potential to address these issues working in synergy with the organised private sector as well as the three tiers of government.

“Collectively, we can deliver the level of sustainable social and economic development that we desire. Nigeria presents a unique context for the developmental mandate of DFIs.

“Indeed, we are charged with enabling various sectors and segments of the economy such as agriculture, industry, infrastructure, export and import, and mortgage.”

Giving an update on the Association of Nigerian Development Finance Institutions (ANDFI) secretariat, the chairman said a new and furnished workspace had been established at BoI, Abuja Corporate Office.

According to him, a number of staff has also been recruited.

He said the staff had been tasked to work hard to ensure efficient service delivery.

[READ ALSO] Expert to ICEN; Nigeria is in dare need of Economists

Pitan thanked members of ANDFI for the achievements so far recorded, and urged them to live up to their obligations with regards to timely payment of their annual fees and other committed efforts.

According to Pitan, it is only when we work together in synergy, with a unified sense of purpose and commitment that we can deliver on our objectives.

He said that it would help achieve sustainable development across various sectors of the Nigerian economy.

The chairman also charged members of the association to speak with one voice in order to influence government policies and matters of common interest; encourage mutual assistance and investment cooperation among members.

He said there was also the need to invest in training and development of members so as to carry out studies on issues of national economic growth with a view to promoting development in our nation.

“Promote cooperation and exchange of technical expertise among member DFIs and with similar organisations in Africa and beyond,” he urged members.

She said that inspite of this, the continent has yet to take advantage of the huge opportunities in the sector

Ojangole said that agriculture remains the strongest source of economic growth in Uganda and Africa at large as it had the potential to create employment, improve livelihood and social development.

She, however, said that in spite these potential, the impact of the sector in terms of economic development had not been felt in the continent.

“If you check East Asia and the Pacific, the trend is growing which shows there’s development in the economic sector, the Western Europe is more developed where growth in services is visible.”

“Before now, labour usually moves from agriculture to manufacturing and to industries. But its not the case today. So, it will appear that the hope for sustainable job creation is maybe the servicing sector and not the industries.”

To achieve the development goals across Africa, she called for more funding of key projects by Development Finance Institution.

She said “Uganda relies on rainfall agriculture, in 2016 there was a serious shock that affected the economy for a whole year.

“In the service sectors, jobs can be created through provision of digital social services. Finance is not the problem of empowerments but lack of trained personnel, project done and done wrongly, corruption makes development stagnant.

“When money is mobilised and rightly used, it will give room for more employment and development.