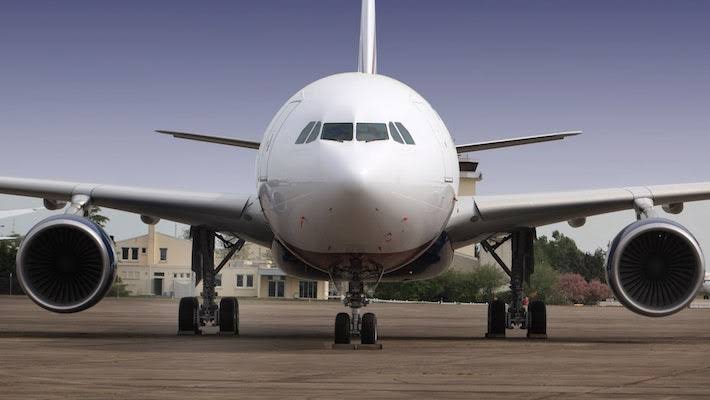 CEM REPORT | The Airline Operators of Nigeria (AON) on Sunday insisted that they would go ahead with withdrawal of flights services on Monday over astronomical rise in aviation fuel.

Dr Yunusa Abdulmunaf, President of the association, made this known in a statement on Sunday in Lagos.

Abdulmunaf said that the association unequivocally stood firmly by its decision to commence withdrawal of flights services from May 9.

Abdulmunaf said that that the association’s decision was a collective sacrifice for the common interest of the flying public and the nation.

“In the light of frantic developments within the last 24 hours, since informing the general public of our decision to suspend operations in response to the astronomic and continuously rising cost of JetA1; we would like to state unequivocally that we stand firmly by our decision.

“Airline operators are patriotic citizens and we are doing all we can to protect the flying public, contrary to what some subjective schools of thought might suggest.

“This is a collective sacrifice for the common interest of our nation,” he said.

Continental Economy Magazine (CEM) had reported that the association on Friday announced a shutdown of flights services to passengers, if the Federal Government refused to reduce the price of Jet A1, now being sold at N700 per litre.

The announcement elucidated appeals from government individuals and organizations to the airline operators to reconsider their planned shutdown.

Minister of Aviation, Sen. Hadi Sirika, had appealed to the domestic airlines to reconsider their decision to withdraw flight services in the interest of the flying public and the nation’s economy.

Earlier in the day, Mr Babatunde Irukera, the Executive Vice Chairman of the Federal Competition and Consumer Protection Commission (FCCPC) in an interview with the News Agency of Nigeria in Abuja, appealed to the domestic airline operators to shelve their proposed service shutdown, considering the effect on passengers, difficulties and hardship associated with the action.

Irukera said the commission was engaging both operators and the leadership of major fuel marketers in a discussion to understand the global supply challenges and possible steps to ameliorate same.

He, however, frowned at the rising consumer feedback that airlines had continued to sell tickets beyond May 9, the date for the proposed service shutdown.

According to him, if the airlines have decided and are resolute, it will be egregious exploitation of consumers and a violation of law to purport to sell a service that the provider knows will not or does not intend to provide or deliver.

“It is misleading and deceptive under Section 123 of the FCCPA to represent that a service will be delivered on a certain date when the provider knows the same is false or improbable.

“If a service provider is unable to provide a service on account of its own decision, not a countervailing circumstance, the obligation for a refund is sacrosanct.

“The commission is optimistic that airline operators will not deliberately sell tickets for flights they do not intend to operate and is as such, hopeful that a solution short of a shutdown will emerge accordingly.

“The commission strongly advocates engagement among all stakeholders across the value chain to mitigate the current constraints and develop an acceptable interim arrangement.

“This is to address problems and costs associated with global supply constraints on account of a war, sanctions associated with the war, and a fragile ongoing post pandemic recovery in aviation,” he said.

In the statement by the Airline Operators of Nigeria, Abdulmunaf, however, regretted the unfortunate position taken by one of its members, Ibom Air, not to stand by the collective decision of the association.

He said that, while they might have their reasons for doing what they did, it was pertinent to note that they equally accepted in their statement that the JetA1 situation poses an “existential threat to the air transport industry in Nigeria”.

According to him, Ibom Air also agree that “the out-of-control situation is simply unsustainable.”

Ibom Air had in a statement opted out of the planned shutdown by the Airline Operators of Nigeria, saying it will affect accessibility to the Akwa Ibom State, while it will negatively affect it obligation to its customers who have booked in advance as well as its shareholders that will be affected by revenue shortfall.

The president of AON, however, stated, “airlines are not on strike”, adding that they were private investors who do not run their airlines with public funds to be able to continue to pay upfront in cash at N700 per litre for Jet-A1.

He complained that the situation had increased the operational cost on daily basis to about 95 per cent, which according to him, was totally unsustainable.

Abdulmunaf said that its consequences, if allowed to stay, would be borne by the passengers; which he said was what they were trying to prevent.

He said that the association remained resolute in its resolve to find a lasting solution to “this crucial problem of national emergency”.

“Once again, I use this medium to appeal to the conscience of our esteemed passengers for their understanding,” the association president said.