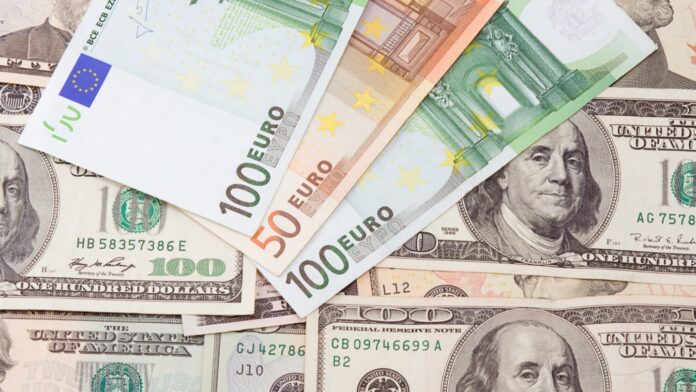 “The dollar’s role here is critical, especially given its smile: the greenback tends to outperform when the U.S. economy is outpacing others as well as when risk aversion is high. We are in that exact context today,” said Salman Baig, an investment manager at Unigestion SA. “Any further escalation of the Russian/Ukraine conflict or even more hawkish Fed tone would certainly risk the euro sliding to parity.”

According to Bloomberg, the prospect of a rapid pace in Federal Reserve rate hikes is also fueling dollar strength, with a gauge of the greenback hitting a five-year high. The euro was last on a par with the dollar back in 2002.

Bloomberg said the euro continued to fall sharply in New York trading, down 0.9% to $1.0546 as of 9:42 a.m. in New York. Options traders have become more bearish on the currency’s prospects in coming months and the cost of hedging swings is rising.

“We are now probing the pandemic-era lows, and the charts just look downright ugly,” said Ray Attrill, head of foreign-exchange strategy at National Australia Bank Ltd. “It’s hard to be optimistic on any early cessation of Russian hostilities in Ukraine.”