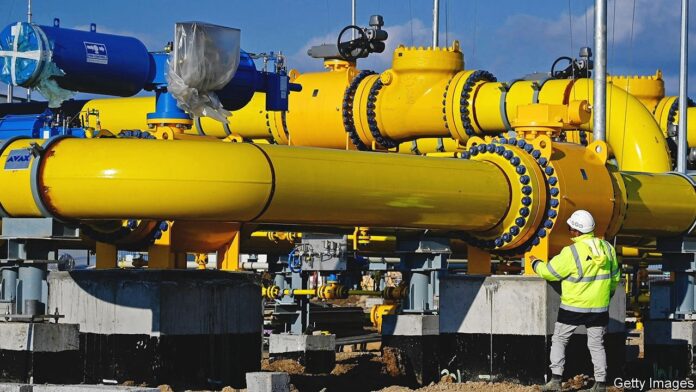 The Russian Gas gaint has said the action will remain until the two nations adhere with Moscow’s policy to pay for the critical fuel in rubles.

Gazprom also warned Poland and Bulgaria, against diverting gas intended for other destinations else it will reduce transit flows.

Bloomberg reports that Russia is acting on its threat to cut off gas supplies to countries that resist President Vladimir Putin’s new policy for payment in rubles.

Meanwhile, European Commission President, Ursula von der Leyen has cautioned corporations not to give in to Russia’s requests to pay for gas in rubles.

“Companies with such contracts should not accede to the Russian demands.”

Although a few companies have paid, She said doing so will be breaching the sanctions.

“This would be a breach of the sanctions so a high risk for the companies.”

With Poland and Bulgaria cut off, all eyes turns to Germany, who relies heavily on Russian gas.

German Economy Minister, Robert Habeck has warned that the potential of further cutoffs must be considered seriously.

“Russia is showing that it’s ready to get serious, that if one doesn’t comply with supply contracts or payments, they’re ready to put a stop to gas deliveries,”

However, Uniper, a German-based company who does not have to pay until late May told Rheinische Post Newspaper on Thursday that they would be transferring payments for Russian gas to a Russian bank and no longer to a Europe-based bank.

This action against Poland and Bulgaria has resulted in hike in the prices of gas in the region.

Yesterday European gas prices jumped more than 20% as traders processed the abrupt change and assessed which countries might be next. Benchmark Dutch futures soared as much as 24% to 127.50 euros per megawatt-hour, the highest level since April 1, Nairametrics reports.

Recall that CEM reported Russia’s new policy which requires international gas buyers to pay in roubles or face having their supplies off. Foreign gas customers according to Russian law, must open ruble and hard currency accounts with Gazprombank, which will collect their payments in foreign currencies and convert them to rubles through auctions on a Moscow exchange.

This will grant Russia access to funds and continue to strengthen its currency amidst European sanctions.

Also recall in a CEM report, the UK announced that it would allow payments to Russian Gazprombank and its subsidiaries for gas going to European Union countries until the end of May.