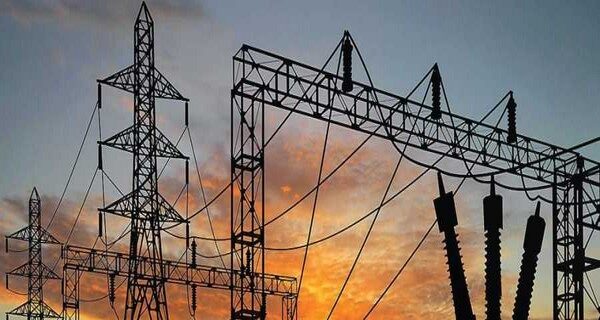 CEM INSIGHT | The last press statement released in early April by Nigerian Institute of Power Engineers, contain two recommendations among others under the medium to long term recommendations by the Institute after a 3 day symposium aimed at stabilizing the power sector which has become a bane to the development of the nation’s industrial sector.

The first is to unbundle the Transmission Company of Nigerian completely to boost efficiency in the management of Electricity transmission between privately owned generating companies (GenCos) and distribution companies (DisCos).

“There is a need to break up TCN to allow independence of the Independent System Operator (ISO) and the Independent Market Operator (IMO) for more effective and efficient management of the NESI. The unbundling exercise will thus require a massive funding mechanism by the FGN to support the TCN in bringing this about, and this should be considered a priority by the FGN”, the statement also said.

“NBET should be phased out after satisfying the Conditions Precedent to bilateral contracts between willing buyers and willing sellers in the electricity market”; the statement also said

Currently, TCN is made up three arms, which are each performing diverse function though they are under one establishment and single management. They are the Transmission Service Provider (TSP), the Independent System Operator (ISO) and the Market Operator (MO).

From the follow up chat with Engr. Israel Abraham, President of the Nigerian Institute of Power Engineers, the Transmission Company of Nigeria is currently a market player and regulator at the same time which is usually a critical snag in a regulated industry that yearns for efficiency.

This is similar to the highly long condemned status of the Nigerian National Petroleum Corporation (NNPC) playing a role of a regulator of the petroleum industry that is a major competing player.

TSP is a major market player in the Nigerian Electricity Supply Industry (NESI). It was established to provide bulk power transmission infrastructure, operation, maintenance and interconnecting neighbouring countries. It is a business units of the Transmission Company of Nigeria charged with the responsibility of building, upgrading, maintaining and operating the nation’s electricity transmission network.

System Operator on the other hand has a main responsibility to operate the transmission system and the connected installed generation in a safe and reliable manner. ISO is also responsible for the overall security and reliability of the grid system, economic dispatch of available generation resources and maintaining system stability. It has in its mission statement: Exercising grid control to maintain an efficient, coordinated and economic supply of electricity in accordance with the grid code and operational procedures. This makes it a regulator in NESI.

In the same TCN is Market Operation which function in the invoicing of electrons transmitted to the distribution companies and ensure corresponding payment according to existing agreements. MO regulates and ensure compliance with amount of electricity transmitted to distribution companies according to terms of payment schedule. This is another regulatory role by TCN.

Power Engineers are saying that the Transmission Company of Nigeria should finally and complete give way for TSP, ISO MO that currently operate under it to become separate companies with each having their CEOs and without being under umbrella. It is now needed to enable intensification of functional responsibilities and up scaled accountability.

Engr Israel said; “In summary, as long as TCN remains unbundled, it will be carrying out (these) three functions in one body, and the industry will not operate optimally.”

He continued, “TCN is, therefore, a market player (TSP) and Regulator (ISO/MO).

“The ISO/MO cannot question the TSP since they are together, and thus the other market players will continue to hide behind the ineffectiveness of the ISO/MO because of the perceived double standard. This is the real problem today.”

In real sense, the unbundling of TCN is a process that is already set in motion which gave rise to the TSP and ISO initially. As a fact, TCN is operating two licenses, one for transmission and the other for operation. The Nigerian Electricity Regulatory Commission began actions in 2020 targeted at the unbundling the operations of TCN, into transmission and operations, which are to be provided by two companies.

According to the NERC, the action is lawful, as the Electric Power Sector Act, had already provided that the holder of the license for the two distinct regulated functions (TCN) may transfer the system operations function to an ISO on such terms and conditions to be decided by NERC.

In its ‘’Consultation Paper on Greater Independence of the Electricity System Operator,’’ as published by Vanguard, NERC stated: “The Electric Power Sector Reform Act provides for the licensing of the successor transmission company initially charged with responsibility for the building and maintaining the physical national transmission network (often referred to as the “wire business” or Transmission Service Provider – TSP) and the system operations function.

“It is envisaged that at a time when the electricity industry is substantially privatised, the Act provides that the holder of the license for the two distinct regulated functions (Transmission Company of Nigeria Plc) may transfer the system operations function to an Independent System Operator (ISO), on such terms and conditions to be decided by the Nigerian Electricity Regulatory Commission (NERC).

“With the gradual transition to a contract-based electricity market whereby market participants are expected to be held accountable for their obligations under the industry contracts, the recent tariff orders issued by the Commission and performance standards contained therein indicate an imperative to consider granting greater independence for the systems operator, including the functional unbundling of the Transmission Company of Nigeria Plc into TSP and the ISO.”

The Nigerian power sector has undergone series of transformation and functional adjustments over the years, the major of which led to its disintegration into independent generation, transmission and distribution companies.

The existence of the Nigerian Bulk Electricity Trading (NBET) and the TCN’s Market Operation in the same industry seems to have conflicting impact on the revenue and electricity distribution contracts. While MO invoices Discos on Service Charge, NBET invoices DisCos for electricity supplied.

NIPE is saying that “NBET should be phased out after satisfying the Conditions Precedent to bilateral contracts between willing buyers and willing sellers in the electricity market.”

Furthermore, has NBET perform its statutory role to the fullest in its years of existence? The answer is no, due to no fault of the organization though, but due to the basic anomalies at the inception of its establishment.

In an article by Odion Omonfoman published in Premium Times on September 14, 2021, there it was revealed that the capitalization of NBET was never done in reality. The author said the sum of US$750 million from Egbin Power Station sales and proceeds from a $500 million Eurobond issued in 2013 meant to capitalize NBET was never released to it.

According to the story, “To date, the bulk energy trader’s sources of funding to meet its payment obligations to GenCos and gas suppliers are limited to the insufficient monthly market remittances from DisCos for the sale of energy, and intervention loans from the Central Bank of Nigeria (CBN), guaranteed by the Federal Ministry of Finance.”

The report said the settlement functions of NBET and the MO are a very expensive duplication of roles in the power sector. Both roles can be carried out by a single entity.

In essence, NIPE’s recommendation to scrap the bulk trader is of strong substance since Market Operations can perform these role along with its duties to TCN.

The most important part of the NIPE recommendation on TCN in their press statement, is that Government (FGN) should provide the required massive funding to TCN to enable it to make the ISO genuinely independent. At present, the ISO have no adequate equipment of its own..

The centrality of electricity in the entire economic development pathway of Nigeria places it at the front of all infrastructural funding plan of the government. I have continued to maintain that the funds spent on reviving the nation’s railway and other social projects should have been channeled to heavily fund the power sector.