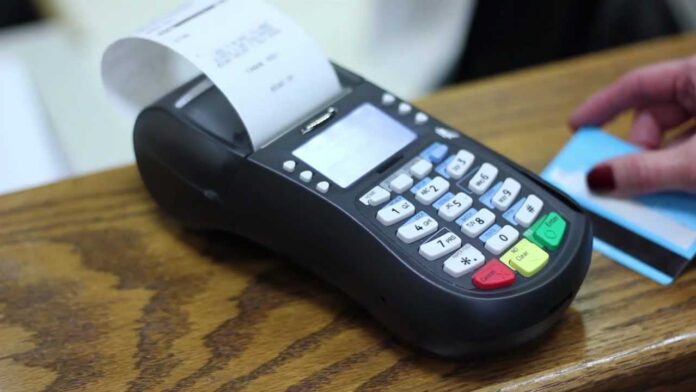 CEM REPORT | Association of Mobile Money and Bank Agents of Nigeria (AMMBAN) has expressed the need and determination to regulate the operations of POS operators and sanitize the money agency industry as the industry experiences expansion.

Executive of the Lagos Chapter of the Association made this known in a chat with Continental Economy Magazine on its vision and challenges ahead of their symposium coming up later the week.

According to the Chairman, Pastor Abiodun David, AMMBAN was registered in 2015 backed by the Central Bank of Nigeria with a function to regulate the activities of POS Operators in Nigeria. The association, headed by Mr Victor Olojo at the national level is currently in 22 States.

“Our activities are regulated by the Central Bank of Nigeria. Our framework with which we operate was drawn by CBN. On that note we are very recognized by the authority.

Our function is to regulate the activities of POS Operators in Nigeria though not all POS operators are members of the association”, Abiodun David said.

POS business is viewed as profitable business while is easy to start. As a result, the industry has experienced rapid growth hitting about N14 trillion transaction as at 2021 with operators now found in nuke and crannies of cities and villages.

As this is expected to be a cheering news for the pursuant of financial inclusion in Nigeria, financial safety has become a major challenge. Fraudulent practices and criminal operations have been identified posing a lot of dangers for other operators and customers alike.

“The industry is becoming over bloated as is now an “all comers affair”. POS business has become attractive to everyone, being viewed as ‘easy-to-start’. This is as created a lot of problems for us the operators and the customers as well. Fraudsters and other criminal minded individuals now operate POS and creating serious problems for us.

We have had cases where a POS operator takes photograph of ATM of a customer and use it to withdraw money from the customer’s account”, Abiodun said.

On this note, the Association has a vision to effect some sanity in the industry requiring strong collaboration from all stakeholders including the Mobile Money Operators (MMO), Deposit Money Banks (DMB), Central Bank of Nigeria and payment systems

“Our vision is to sanitize the industry, properly regulate operators and bring in some level of confidence into the industry. We want to reduce fraudulent occurrences to the lowest level and make sure that customers are safe in their transactions”, Abiodun said.

However, reverse is the case against expectation as the association said that the MMOs and DMBs are culpable in the safety challenge the industry is facing. The association expressed dissatisfaction on the procedures that Banks employ in issuing POS to agents saying, the financial institutions have neglected  the guidelines and procedures laid out by the Central Bank.

The Secretary of the Association, Mr Ogungbayi Olajide Ganiyu said; “The financial industry is highly competitive, and for that reason, every bank and mobile money operator want to sell its POS machine and get to the market through the agents. This has made many of them to sideline the framework and abdicate the guidelines stipulated by CBN. Banks especially have neglected the stringent procedures and the required KYC before issuing POS. This is what have led to the bloated nature of the industry as it is now.”

According to Mr Ganiyu, there is supposed to be an aggregator between the Agents and the Operators (MMOs and DMBs). The Aggregator is meant to serve as the Agents Network Manager, coordinating the activities of the Agents. While MMOs still work with this guideline, DMBs are said to have neglected this aspect of the operation.

However, having CBN backing, the Association is in talks with the operators to straighten up these anomalies for a close synergy to bring the industry to its proper sanity. They are equally talking with the law enforcement agencies for a collaboration to raise a task force for that purpose.

Pastor Abiodun said; “We have commenced the process of engaging the law enforcement agencies for a collaboration to enable us enforce some rules and checks that will surely bring sanity into the industry.

Mr Ganiyu added; “Rising from our last November conference in Abuja, we were able to point out these challenges and the Central Bank gave us go ahead to have a task force for enforcement on the CBN rules. We are also in talks with all other industry players such as NIBSS and others. We are all working together including the MMOs on the need to come together to sanitize the industry.”