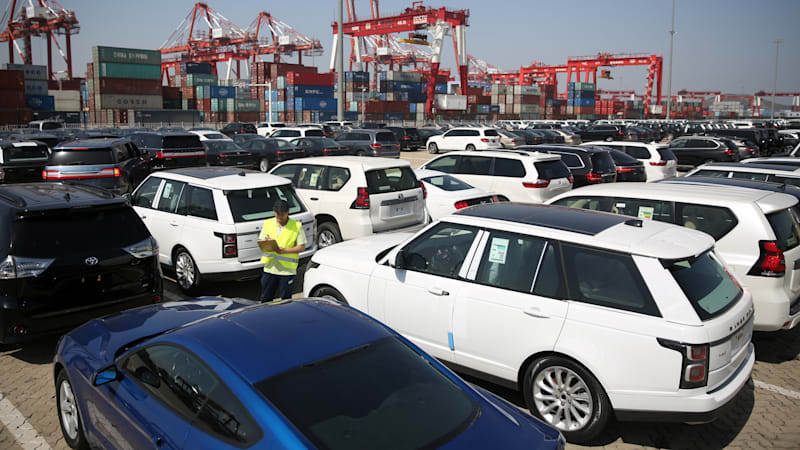 According to NAN, Rilwan Amuni, the Taskforce Chairman of ANLCA, revealed this in a circular sent to the agency.

The bone of contention is the 15 percent NAC levy, which has to be paid for used vehicles which the association refers to as fraudulent.

According to the circular, the warning strike will commence on Monday and will last through to Tuesday.

“We have consulted widely among critical stakeholders as par the 15 per cent NAC and “illegal benchmarks on Pre-Arrival Assessment Report (PAAR)..

“It has been concluded that the 15 percent NAC is a fraud and an obnoxious policy.

“In view of this, in conjunction with other stakeholders their will be a one-day warning strike on April 25 by 10:00 a.m. prompt, starting from our ‘Holy Ground’ in front of Grimaldi.

“And we will move down to Customs Area Controller (CAC’S) of Port and Terminal Multi-services Ltd. (PTML) and Tincan enroute all other terminals in Tincan and Apapa.

“Please note that April 25 and 26 is just a ‘warning strike’, agents are allowed to do their jobs and tidy up against Wednesday in lieu of whether there will be a reverse or not,” the circular reads.

The circular further enjoins members of the association to ensure a total shutdown at all ports if the NAC refuses to reverse the policy after the warning strike.

However, they are hopeful that the 15% NAC levy will be removed within 48 hours of the warning strike.

Recall the Nigerian Customs Service officially released a circular announcing the reduction of import duties on both used and new vehicles of which a 15% NAC Levy accompanied the 20% duty on used vehicles.

Also, the 2020 Finance Bill signed into law provides for a downward review of import duty on tractors and motor vehicles for transportation, as well as levy to be paid on imported cars.

Duty rates are reviewed every five years and the old ECOWAS CET which was in place expired in 2021.

Yuguda, Onyeali-Ikpe, Ibrahim Salami and Others to Receive...