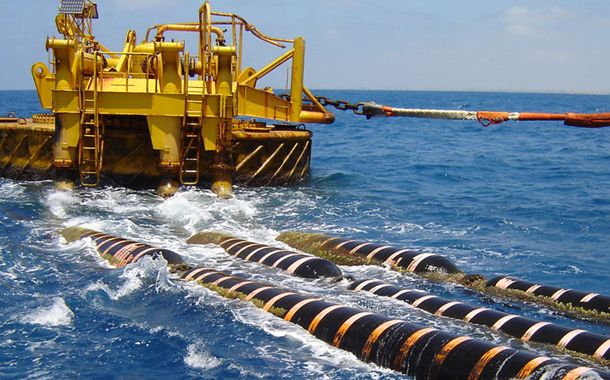 Google, has announced the arrival of its subsea cable, Equiano, in Lagos, Nigeria.

Google’s West Africa Director, Juliet Ehimuan-Chiazor, made known in a note stating that the cable landed in Lagos Thursday, making it its second successful landing in Africa after it reached Togo last month.

The submarine cable is expected to improve broadband penetration, and quality of service as well as advancing the digital economy in Nigeria by 2025.

According to Vanguard, through Equiano submarine cable, Google plans to inject over $10.1 billion into the Nigerian economy in the next three years as the cable is said to have the capability of creating six million jobs within the same period.

The submarine cable which is named after Olaudah Equiano, a Nigerian-born writer and abolitionist, landing in the second city in Africa is expected to run from Portugal along Africa’s west coast to South Africa, Nairametrics report.

Ehimuan in the note said, many Nigerians still lack access to quality internet service which hinders them from contributing to the digital economy.

“Nigeria is sub-Saharan Africa’s largest economy. Still, the share of people using the internet stood at approximately 35% as of 2020 – double what it was in 2012. Across much of the country, people lack affordable, reliable & quality access, which limits their ability to benefit from, and contribute to, the digital economy.

She added that the Nigerian government continues to work on it digital space through initiatives as part of ongoing plans to grows its e-commerce sector and economy.

“Since 2017, the Nigerian government has been actively working on its digital transformation programs as part of plans to grow its domestic sectors.

“These initiatives have proven pivotal to the success of many industries in the country, especially the start-up space. In the last five years, start-ups in Nigeria have produced five unicorns (start-ups valued at over a billion dollars). Businesses are also benefiting significantly from the usage of internet platforms, with total e-commerce annual expenditure predicted to climb to $75 billion by 2025, up from its current projection of US $12 billion.

Although Nigeria has achieved great progress the cable will help achieve more progress.

“Though a great deal of progress has been made, studies suggest that faster internet connections, better user experiences, and reduced internet costs will help accelerate these benefits.

“Landing this cable comes as part of critical stages leading up to its deployment later this year, and it is expected to deliver up to 20 times more capacity than the region’s prior cables. We’ve worked with established partners and in-country experts to ensure that Equiano has the greatest potential effect in Nigeria and throughout Africa.

“A recent economic impact assessment conducted by Africa Practice and Genesis Analytics states that Equiano’s arrival in Nigeria is expected to result in faster internet speeds and significantly improve people’s experiences while online. Internet speeds in Nigeria are expected to grow almost sixfold by 2025, and retail internet prices are forecasted to decline by 21% over the same period. The same study found that by 2025, real GDP in Nigeria is forecast to be USD 10.1 billion higher than it otherwise would have been without Equiano and that the cable would indirectly generate roughly 1.6 million new jobs between 2022 and 2025.

According to Techpoint Africa’s report, Equiano, has a capacity of 144 terabits (18 Terabytes). Per the tech giant, it will be introducing 20 times more power and higher levels of durability than the last cable built to serve the West African region.

Ehimuan-Chiazor said, partnership with other player will be engaged to reach more business.

“We are partnering with multiple key telecom players, including our landing party, the West Indian Ocean Cable Company (WIOCC), where Equiano lands to ensure that the cable can reach more businesses and end users across Nigeria and the African continent more broadly

“With Equiano, we look forward to being an even more integral part of the digital transformation journey in Nigeria.”

Recall that CEM reported that Google had earlier announced that it would work with the Nigerian Communications Commission (NCC) to drive national targets for ubiquitous broadband access.

The Executive Vice Chairman and Chief Executive Officer (EVC/CEO) of NCC, Professor Umar Garba Danbatta said that Equiano will reduce the cost of retail data in the country, adding that the partnership would speed up the digital economy and commitment to improving national security targets of the country through technological advancement.

Coronavirus: oil price crashes to $55.96 per barrel as OPEC cut fail to raise...