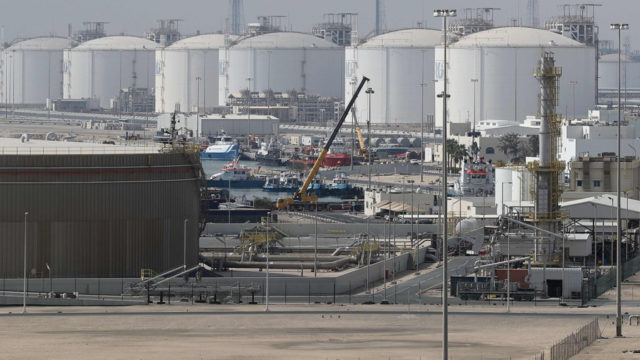 CEM REPORT | The Federal Government of Nigeria has recently turned its gaze on the Brass Liquefied Natural Gas (BLNG) project as it seeks new investors to revive the project.

NAN reports that the Minister revealed this in a statement released on Sunday by his Senior Adviser (Media and Communications), Horatius Egua, during an inspection of the project site in Twon Brass, Bayelsa State, with the management of the Greenville LNG, an interested investor, in the BLNG, on Saturday.

He further said the project would be completed because of the manifold economic benefits it would bring to the nation.

He also noted that the project stalled 17 years ago, was due to some Final Investment Decision reasons.

Mr Eddy Broeke, Chairman of Greenville LNG, said the project would get government top priority because of its present policy trust in gas exploration.

“You know the direction of the government as far as gas is concerned. We want to use gas as transition fuel and also to use it to diversify our economy.

“You know that with gas you can get so many things and I have said that we can truly diversify our economy through gas,”

Sylva noted that the government would do everything possible to encourage Greenville LNG investment in the multi-billion dollar BNLG.

“We want this project to pull through this time and we will do everything possible to ensure that the Final Investment Decision is taken as soon as possible.

“Greenville LNG is a major player in this sector and we know that they are committed to ensuring that the take-off of this project is achieved. We will continue to discuss and offer the necessary incentives to get this project off the ground,”

He also commended President Muhammadu Buhari effort in creating enabling environment for businesses in the country. He urged companies to shore up their investments in the oil and gas sector in the country.

“We are calling for more investments in the hydrocarbon sector of the economy especially in gas. We are encouraging companies interested in gas to do so.

“We have enough gas reserve in the country and we are encouraging anyone with capacity to bring in their investments,”

He further decried that the speed at which investments were pulled out of Nigeria in the past hampered the growth of the sector.

Recall that, in 2005 the BLNG was initiated with the ground breaking ceremony performed by former President Olusegun Obasanjo on May 14, 2007.

The BLNG, which has trains 1-4 concept, with an annual projected capacity of 8.4 million metric tonnes.