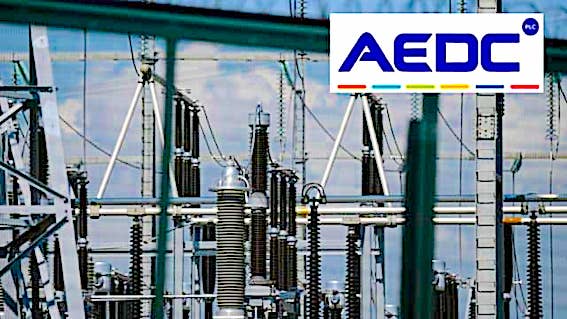 CEM REPORT | Abuja Electricity Distribution Company (AEDC), through its legal officer Morayo Yedoni, on Thursday appealed for an out-of-court settlement in a suit filed against it.

The suit was filed by Musa Abdullahi, Esq, against the electricity providers seeking N200 million in compensation over alleged poor services in suit number: NSHC/SD/27/2022.

AEDC on the day, had no lawyer in court, however Yedoni, appearing before Justice Mariya Ismail of a High Court of Niger State sitting in Suleja, said she represented the company.

She pleaded to settle out of court while acknowledging, receipt of all the processes served by the plaintiff on them.

Justice Ismail, adjourned to May 30 at the instance of the AEDC.

Abdullahi, prayed the court to determine whether the plaintiff as customers of the defendant were entitled to electricity service and supply in a safe and reliable manner according to the Nigerian Electricity Regulatory Commission (NERC)’s guidelines and the Provision of Electric Power Sector Reform Act, 2005,

He pressed further praying the court to determine;

“Whether the plaintiffs are duty bound or under any obligation to contribute money for the repair and maintenance of transformers being the property of AEDC PLC,” among others.

Abdullahi, moved for nine resolve as relief for the plaintiff should the above questions go in their favour;

“A declaration that the defendant, having failed in their basic duty of provision of power supply in a safe and reliable manner, without any tangible justification, the plaintiff(s) are entitled to damages and compensation considering the fact that charges/rates under the guise of bills are imposed by the defendant on the plaintiff which the plaintiff do pay.

“Or in the alternative, an order directing six months bill-free period for the plaintiff as compensation for all the period of unjustified power interruption.

“An order of this honourable court directing the defendants to change and replace the transformers in the areas that require new ones and ensure supply of constant electricity on the inhabitants of the areas in accordance with NERC’s guidelines and the provisions of Electric Power Sector Reform Act, 2005.

“An order of this honourable court compelling the defendant to provide a minimum of 18 hours power supply as agreed by the defendant with the executive governor of Niger State.