CEM REPORT | The National Engineering and Technical Company (NETCO), has declared a profit of N4.31 billion before tax for the year 2021

According to a NAN report the Chairman Board of Directors, Mr Adeyemi Adetunji, NETCO, said inspite of global energy instability and COVID-19 posing numerous challenges in the oil and gas sector, the company records an increase of 36 percent from the previous year.

“NETCO has delivered a strong result as it posted a total profit before tax of N4.31 billion which represents an increase of 36 per cent from N3.17 billion in 2020″,

“The company recorded a total revenue of N18.49 billion in the year under review, which represents a marginal increase of three per cent from N18.03 billion in 2020″ he said.

He also added that the company’s operating profit grew by 178 percent while it’s gross profit by 61 percent.

“NETCO’s operating profit stood at N1.40 billion, an increase of 178 per cent, on the operating loss of N1.76 billion in the prior year”

He also said, “The total comprehensive income stood at N4.45 billion when compared with N0.841 billion recorded in year 2020, representing an increase of 430 per cent.”

He further said the company’s success comes as a result of project engaged in.

He further added that NETCO had launched aggressive marketing strategies for it service to respond swiftly to hurdles in the industry, leveraging on opportunities created by the enactment of the Petroleum Industry Act (PIA),

He commended the management and staff of NETCO as well Group Managing Director of NNPC, Mr Mele Kyari, and other stakeholders for their resilient effort and commitment towards achieving its mandate.

Mr Kanayochukwu Odoe, the acting Managing Director, NETCO, said the management had set N36.58 billion as it revenue target for 2022 and the company’s board had approved shareholders gross dividend of N500 million, translating to 50k per share.

Speaking on the company’s achievement, he said NETCO continues to contribute to the development of in-country Engineering and Technical capacity as it has completed four major projects in 2021 and is presently executing 16 key contracts in the industry. 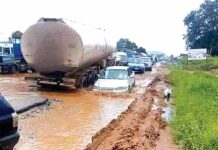