Home Economy Tougher Days Ahead of Manufacturers in Q2 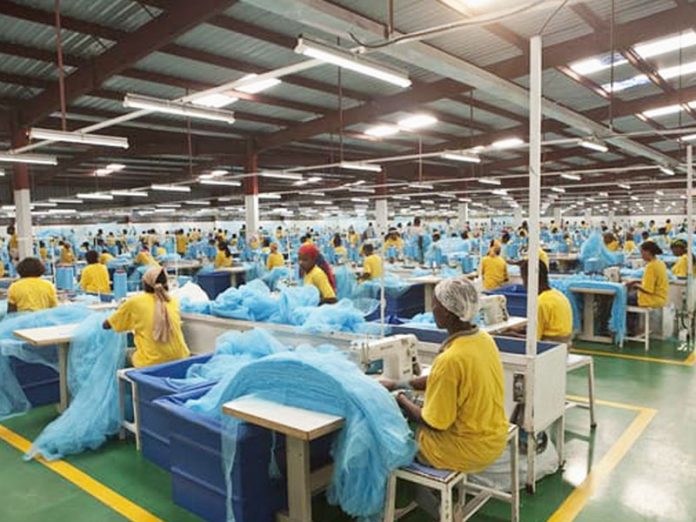 CEM REPORT | With the recent episodes of national grid collapse and high cost of diesel, manufacturers in Nigeria will be producing at uncompetitive prices in the second quarter of 2022.

Dr. Michael Olawale-Cole, president of the Lagos Chamber of Commerce (LCCI), revealed this at a press briefing on state of the nation, according to The Guardian Business.

He predicted that darker days are still to come in the second quarter of the year especially with the Russia – Ukraine war.

“Additionally, with the war in Ukraine aggravating disruptions to supply chains of raw materials like wheat, barley, soybeans, sunflower, and corn, the rising cost of production may not abate soon,” he predicted.

He expressed worry and warned that these factors has constrained output due to unbearable cost of production and will invariably lead to job losses.

“If not quickly tackled, these challenges will likely subdue the GDP growth potentials and projections for 2022,” he warned.

The LCCI president, advised that the government should create funding for the newly launched Infrastructure Corporation of Nigeria (Infracorp).

“The government should create funding for critical infrastructure and special purpose intervention in the power sector. The newly launched Infrastructure Corporation of Nigeria (Infracorp) has a mandate to focus on power, renewables, transport, and logistics. Infracorp will succeed in mobilizing private sector participation if we can achieve cost-reflective pricing in the power sector,” he said.

However he added that the solution to Nigeria’s power remains renewable energy.

“The gas-to-power infrastructure requires an overhaul to resolve the persisting gas shortage. However, the most sustainable solution to Nigeria’s power shortages is the transition to renewable energy,” he advised.

He expressed concerns over the steady rise in inflation rate which rose from 15.60 percent in January to 15.70 percent in February 2022.

“On a year-on-year basis, the rate decelerated from 17.33 per cent recorded in February 2021. Rising prices will remain a major concern for businesses and households, especially given the challenges associated with insecurity, infrastructure deficit, and foreign exchange fluctuations, all of which are factors that have continually triggered inflation in Nigeria in the past months,” he said.

He added that the Ukraine war will continue to drive inflation.

“It is expected that the war in Ukraine which has disrupted supply chains of oil and gas, and food commodities will, in the short-term drive inflationary pressures northward,” he noted.

He further express concerns over the rising debt profile of the nation, project that Nigeria’s debt stock and debt-servicing to revenue ratio will remain elevated in 2022

“There is also a plan to borrow N2.57 trillion from foreign creditors, while N1.16 trillion is expected from multilateral/bilateral draw downs. In total, the Federal Government plans to add N6.3 trillion new debts to the current debt stock, which would push the country’s total debt stock to N45.86 trillion by December 2022,” he said.

According to The Guardian Business, Dr. Olawale-Cole said the Federal Government 2022 budget is projected to have a deficit of N7.35trillion from the approved N6.26 trillion

According to him, if the National Assembly grants the N965.4billion additional deficit request of the President, the 2022 Federal Government budget will have a projected deficit of N7.35trillion from the approved N6.26 trillion.

He explained that by implication, N6.3 trillion new debts will be added by the Federal Government which is likely to have a higher debt service-to-revenue ratio if revenue levels do not increase significantly.