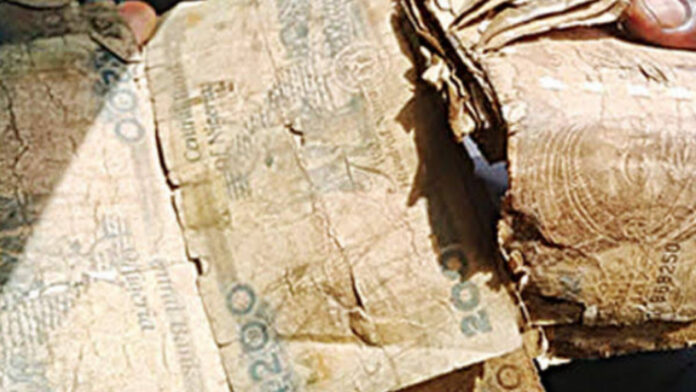 CEM REPORT | Central Bank of Nigeria’s circular to Deposit Money Banks on composed notes has generated some reactions from financial experts and bank customers as well. This is partly due to the usual sensational mode with which it was reported

Financial experts, especially bankers have found the media reports inappropriate as it pertains to the two word; ‘composed notes’ and ‘mutilated notes’. Bank customers, on the other hand seems to be confused and need some clarifications why CBN should fine Banks for returning their ‘property to them’ as someone calls it.

The circular from CBN reads;

“The management of the CBN observed with concern the increase number of composed banknotes deposited by DMBs and request for replacement of such banknotes by members of the public.

“The existence of composed banknotes in the economy falsify the true value of currency in circulation, and can also be avenue for fraudulent activities.

“Consequently, any composed banknote discovered in the deposit of DMBs shall attract penalty of 400 per cent of the value.

For clarity, ‘composed notes’ are not the same as ‘mutilate notes’ though there is a resemblance. “A composed note can be mutilated, but not all mutilated notes are composed”, Gabriel Imomoh told CEM.

Gabriel Imomoh is a former Banker and currently a Senior Consultant at PearGrade Consult and Analyst at Continental Economy Magazine.

Imomoh said it is fraudulent to compose notes. It is an act of joining parts of two different notes of the same denomination together with the intension of getting same value of the denomination. For instance, when someone join two halves of N1000 note together to make a complete N1,000 note. From that perspective, it is a fraudulent.

Banks are not supposed to receive these composed from customers. However, these notes find their way stocked in between bundles deposited by customers especially those that bring in large cash into the banking hall.

Gabriel Imomoh said “DMB are supposed to sort out the notes that are composed and follow a laid down procedure to send them to CBN for proper disposal and replacement. Since the process is somehow cumbersome, some banks don’t bother to sort them out before sending deposits to CBN

This is the essence of the circular, warning banks that any of such note found in their deposits will attract 400 percent of the note value.

On the other hand, according to another financial expert who maintained anonymity, “a mutilated note is a banknote that has been partially/permanently damaged by fire, water, dye, insects, torn/destroyed by natural disaster and is clearly more than one half of the original size of the banknote, and may or may not require special examination to determine its value.”

According to the expert, “mutilated notes will be received by deposit money banks. If any Bank rejects from you, please report officially to the CBN.”

Why do people compose notes? This is a practice that is as old as the introduction of bank note as medium of exchange cutting across all regions and almost all strata. People want to restore broken notes to their original value due to its scarce nature.

It is therefore a difficult task dissuading people from compassing notes. One of the ways to discourage the act is by detection and rejection by DBM. But a chat with a Bank Teller reveals that the use of counting machines makes it nearly impossible to detect composed notes at the counter especially in the absence of modern currency detectors.

However, Imomoh is convinced that the more physical currency exchange for transaction continue to reduce giving way for e-transaction in the cashless economy policy drive, the reduced the incidence of composed notes

“Am sure that with the success of eNaira and other e-transactions, incidence of composed notes will be minimized in terms of volume”, he said