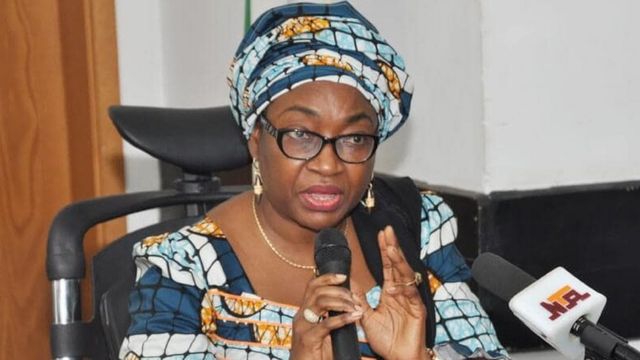 The Head of the Civil Service of the Federation, Dr Folasade Yemi-Esan said this in Abuja on Tuesday while speaking at the ‘National Policy Dialogue on Entrenching Transparency in Public Office Recruitment in Nigeria, an event which was organised by the Anti-Corruption Academy of Nigeria (ACAN), a research and training arm of the Independent Corrupt Practices and Other Related Offences Commission (ICPC)..

Yemi-Esan who vowed to delist the fake workers from the Integrated Personnel and Payroll Information System (IPPIS), said over 1, 000 persons were said to have been discovered in one ministry while 500 others found in other ministries, departments and agencies during a service-wide verification exercise.

The Head of the Civil Service stated that with the institutionalisation of the IPPIS the Federal Government had been able to track fake employments. This has reduced the risk of employing less efficient, unqualified and undependable personnel to handle the affairs of government.

“For instance, in the past year, in one ministry alone, over 1,000 individuals bearing fake letters of appointment were detected.

“It is disheartening to point out that the office recently received a report from the Federal Civil Service Commission forwarding the names of over 500 persons in various MDAs in possession of fake letters of appointment.

“Similarly, following the outcome of the Service-Wide Verification Exercise for officers recruited from 2013 – 2020, the Federal Civil Service Commission has also requested the suspension of the salaries of over 3,000 officers across the MDAs.

“These officers failed to appear for the exercise pending further clearance, ” she said.

According to her, the government’s effort to stop financial leakages in the civil service has created a gap leading to a series of implementation issues.

“A report by the UN Office on Drugs and Crime, averred that 32 per cent of Nigerians gave bribes to enable them secure employment into the public service in 2019.

“What is also important to note from the report, which perhaps is fundamental to understanding how corruption thrives in recruitment processes is that an increasing number of the job seekers were in contact with public officials or possibly other entities.

“Hence, the trend underscores the importance of putting in place systems to reduce, to the possible minimum, any form of human contact,” she said.

She, however, explained that the Federal Government through various means would continue to explore possible ways to bridge the unemployment gap in the country

She said this would be done through: “a multipronged and crosscutting approach, especially through the various social safety net programmes.

“The programmes will drive the government’s ambition to achieve the 2030 Agenda for Sustainable Development and to lift more than 100 million Nigerians out of poverty in the next 10 years.”

Speaking on global best practices in terms of recruitment, she noted that the Indian public service has one of the best compare to the Nigerian system.

“I visited India recently, and had an interaction with the Chairman, United Public Service Commission of the country.

“The discussions were centred on the system put in place for the recruitment of officers into the civil service which is one of the best in the world and involves a decentralised examination aimed at selecting the best candidates.

“I was further informed that the process is void of any form of external interference.

“In addition, India conducts its recruitment once a year through a well-recognised merit-based system,” she added.