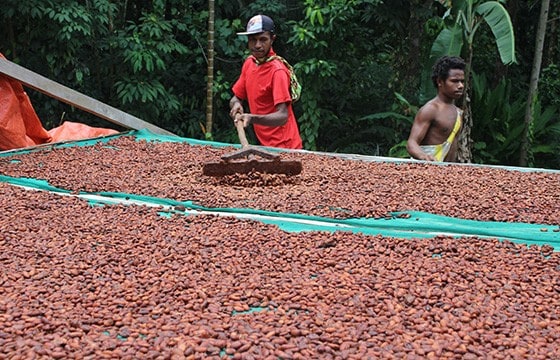 CEM REPORT | The prices of fertilizer have spiked significantly in recent times now being aggravated by the disruption caused by the Russia Ukraine crises, a strong signal  for tapering global supply of cocoa with no regional exceptions

“Since the beginning of 2020, nitrogen fertilizer prices have increased fourfold, while phosphate and potash prices over threefold,” Lawson explained as published by CNBC.

Furthermore, Prices for raw materials that constitute the fertilizer market — ammonia, nitrogen, nitrates, phosphates, potash and sulphates — have gone up by 30% since beginning of the year and now exceed those increases during the food and energy crisis in 2008, according to British commodity consultancy CRU.

Globally, Russia accounts for around 14% of global fertilizer exports, temporarily suspended due to suspension of outgoing trade. , which is expected to have a strong ripple effect across global food markets.

“Furthermore, gas is a key input for fertilizer production. High gas prices have resulted in a curtailing of production in regions such as Europe, further constricting an already tight market,” Lawson said.

These factors which are expected to have a prolonged negative impact on total global fertilizer supply has dampened the prospective supply of crops like cocoa and other products to meet expanding global demand.

Fertilizer is very essential in keeping cocoa optimum. For every 1,000 kg of dried cocoa beans and their pod husks, between 129 and 143 kg of nutrients is absorbed from the soil. This soil nutrients depletion need to be frequently replenished through fertilizers application, without which tree health and production capacity will diminish

the International Cocoa Organization (ICCO) in its latest quarterly report, estimated global bean supplies to drop by 5% to 4.955 million tonnes while it sees demand to jump by 3% to 5.086 million tonnes.

According to Trading Economics, cocoa futures rose to a 6-week high of around $2650 an ounce. Commercials remained a strong buyer after a recent slide with cocoa boards of both Ghana and Ivory Coast well sold for the 2022/23 crop.

Trading economics wrote that the biggest producers of cocoa are Ivory Coast and Ghana which together account for more than 60% of the world’s output. Other major producers include: Indonesia, Nigeria, Cameroon, Ecuador and Brazil. Although cocoa is one of the world’s smallest soft commodity markets, it has global implications on food and candy producers, and the retail industry. Cocoa prices displayed in Trading Economics are based on over-the-counter (OTC) and contract for difference (CFD) financial instruments.