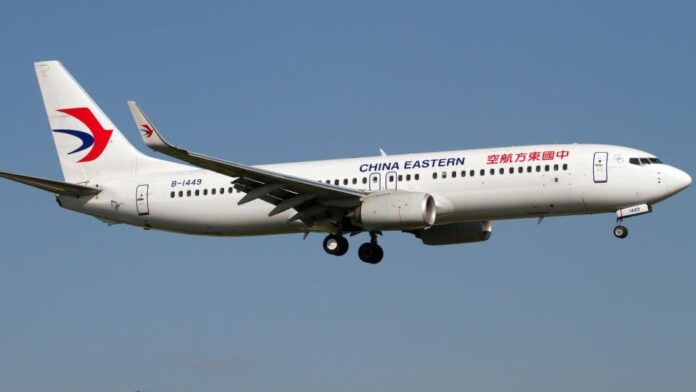 According to CNN, the Boeing 737 was en route from the southwestern city of Kunming to Guangzhou when it lost contact over the city of Wuzhou. On board were 123 passengers and nine crew members, CAAC said in a statement posted online.

Local media reported that China Eastern flight MU5735 had not arrived at its scheduled destination in Guangzhou after it took off from the city of Kunming shortly after 1:00 pm (0500 GMT) Monday, citing airport staff.

China Eastern Airlines later confirmed those details and the number of people on board the aircraft at the time of the crash.

“China Eastern Airlines has activated the emergency mechanism, dispatched a working group to the scene, and opened a special line for emergency assistance to family members,” the airline continued in a statement on its Weibo account.

Chinese President Xi Jinping instructed the country’s emergency services to “organize a search and rescue” operation and “identify the causes of the accident,” state media reported.

“After the accident, President Xi Jinping immediately made instructions to start the emergency mechanism, organize search and rescue, and properly deal with the aftermath,” CCTV said.

Rescue teams are en route to the accident scene, where there is fire visible on site, but the casualties are unknown, CCTV reported earlier. Initial state media reports had indicated there were 133 people on board.

Footage posted online and shared by state media People’s Daily show plumes of smoke billowing from a mountainous, forested area. Another clip shows what appears to be wreckage from the plane on a muddy, mountain path.

The colors on the Boeing and China Eastern Airlines websites were changed to black and white in China, as a sign of respect in response to the crash.