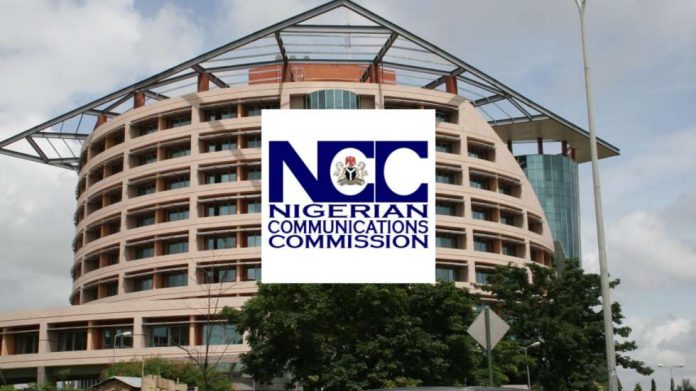 CEM REPORT | The Management of Nigerian Communication Commission has announced the establishment of a dedicate desk, tagged: “TELCARE” to be operated across the country to enhance telecoms consumer protection.

According to the press release by the Commission, the announcement was given at a programme organised to commemorate Year 2022 World Consumer Rights Day (WCRD), which took place at the Commission’s Head Office in Abuja on Tuesday, March 15, 2022 and implemented in the context of the global theme: ‘Fair Digital Finance’,

the Executive Vice Chairman of NCC, Prof. Umar Danbatta explained that the Commission had finalised arrangements to establish the Telecom Consumer Assistance, Resolution and Enquiries (TELCARE) Desk. The Desk, he said, will be strategically located in different parts of the county to serve as an additional platform to receive and facilitate the resolution of consumer complaints.

According to him, the Desk will also provide a means through which consumers and citizens can make inquiries on consumer issues; provide a platform for advocacy on any topical consumer issues and concerns, and further enhance awareness of the Commission’s activities. He said the Desk will complement other existing initiatives of the Commission aimed at protecting the interest, privileges and rights of the consumers.

In his keynote address, Prof. Umar Danbatta, said the theme of this year’s WCRD aligns with the emerging realities of the regulatory goals of the Commission. He informed the audience that the Commission is aware of the dynamic changes in the telecom industry, even as the Commission consolidated the growth in the telecommunication sector since the sector’s liberalisation in 2001.

Danbatta stated that the growth in the telecom industry has led to convergence in different sectors, especially between telecoms and financial service sector. According to him, there is no greater demonstration of this than the fact that financial transactions that were once conducted in-person at banking halls are now undertaken on consumers’ mobile devices. “Financial and commercial activities have been digitised, and the most common of this is the Unstructured Supplementary Service Data (USSD), which has brought ease to financial transactions,” he said.

Danbatta declared that NCC embarked on various initiatives including the licensing of Infrastructure Companies (InfraCos), effective utilization of spectrum, industry collaboration to address operators’ challenges, increased collaborations with relevant government agencies such as the Central Bank of Nigeria. A central objective of these initiatives is to ensure availability, accessibility and affordability of ubiquitous broadband services to drive growth in all sectors, including financial services sector.

“Despite some of the challenges confronting the sector, telecommunications remained an enablers of growth in the Nigerian economy, in the year 2021. The Information and Communications sector contributed over N17 trillion to the nominal Gross Domestic Product (GDP), according to data from the National Bureau of Statistics,” Danbatta said to put the contribution of telecom and ICT in context that the audience could relate with.

Also speaking at the event, the Chairman, Board of Commissioners of NCC, Prof. Adeolu Akande, said in line with NCC’s mandates, the Board and Management have been upbeat in implementing regulatory initiatives aimed at building a robust digital ecosystem to drive the frontier of digital economy with positive impacts on all other sectors in the nation’s economy.

Alluding to the theme of the WCRD 2022, Akande said considering the increasing number of telecom consumers who are also users of digital finance services, the Commission is working assiduously to ensure that all consumers, including the most vulnerable, are provided with access to manage their finances, and protected from scams, fraud, and phishing to safeguard their data.